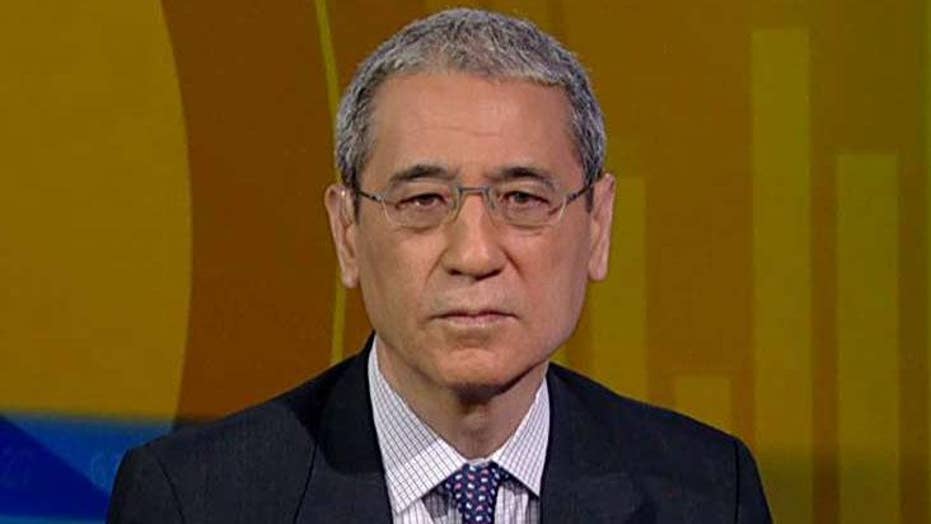 Trump allows US companies to do some business with Huawei

Asia analyst Gordon Chang says you cannot separate doing business with some parts of Huawei and not others.

A Chinese telecommunications company accused by the U.S. of being a national security threat reportedly secretly helped North Korea build its 3G wireless network -- even while the Hermit Kingdom was being squeezed by tough international sanctions.

The newspaper, citing internal documents it obtained and conversations with people familiar with the matter, reported that Panda International had a contract with Huawei in which Panda would transport Huawei's telecom equipment to Dandong – a Chinese-North Korea border town – where it would then be placed on trains and delivered by rail to Pyongyang.

A flagship store of the Chinese mobile phone brand Huawei in China. (iStock)

AS THE US BANS HUAWEI, IS IT SAFE TO BUY ONE OF THEIR LAPTOPS?

The Washington Post reports that, for years, employees from both companies worked out of a cheap hotel near Kim Il Sung Square in the North Korean capital. Huawei, it added, also provided “managed service” of the network. And one current Huawei employee told the newspaper that he worked in 2012 and 2013 on Koryolink’s automated callback system.

Those familiar with the operations told the Washington Post both companies left Pyongyang in 2016 as efforts increased to place harsher international sanctions on North Korea due to its nuclear program and human rights abuses.

Today, the company claims it “has no business presence” in North Korea.

The newspaper reports Huawei could have been violating U.S. export controls by maintaining a secret deal with North Korea and Panda International, as the company has used American technology in its components.

President Trump, whose administration has been a frequent critic of the company, meanwhile, told reporters Monday that “we will have to find out” when it comes to the alleged relationship between Huawei and North Korea, according to the Yonhap News Agency.

The U.S. previously has asserted that Huawei poses “a significant risk of involvement in activities contrary to the national security or foreign policy interests of the United States.”