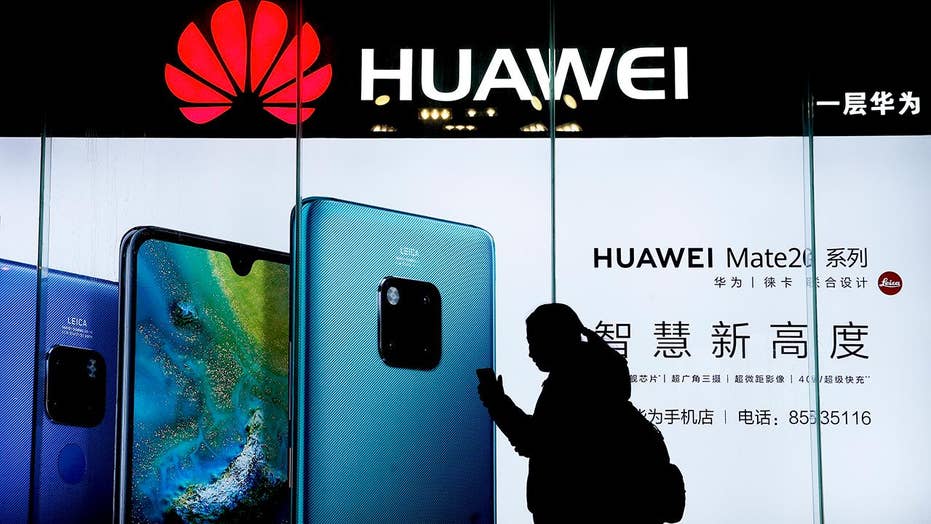 For months, American officials have been warning the Chinese telecommunications giant is obligated to their government and has the capacity – through its developing 5G network – to spy on people in countries where its technology exists.

But the issue has spawned into more than just a spy story – and now challenges Washington’s relations with European partners. On Thursday, Secretary of State Mike Pompeo cautioned that the U.S. would not be able to team up with, nor share, crucial intelligence information that countries that go forth in enabling Huawei Technologies.

“Whether through classic economic espionage, intellectual property theft, or espionage on behalf of a government, the global footprint and technology reach of Huawei easily makes it a security risk to U.S. interests,” Erik Rasmussen, Head of Cybersecurity and Risk Management Solutions at public accounting firm Grobstein Teeple, told Fox News. “Given the size of the company, it is a difficult undertaking to quickly and swiftly track spying with or without Huawei’s knowledge, but direct influence on business operations by the Chinese government is undeniable.”

U.S authorities have expressed a growing concern the telecom conglomerate could – as a result of 2017 legislation in China that permits the government to keep tabs on people under the guise of national security – undertake “undetected espionage” on users.

ANNUAL UN GATHERING A HOTBED FOR SPIES, MANY FROM US ADVERSARIES

The 2017 legislation mandates all China-owned companies must comply with the government’s intelligence wing should it be requested, meaning that if Huawei is asked to do so and denies to so, they could be breaking their own national security laws.

The issue has not only caused a schism in U.S. relations with Canada – who have conveyed frustration in having absorbed retaliation from the Chinese government for detaining the company’s CFO Meng Wanzhou on an extradition request by the U.S – but threatens alliances with Europe too.

In this courtroom sketch, Meng Wanzhou, right, the chief financial officer of Huawei Technologies, sits beside a translator during a bail hearing at British Columbia Supreme Court in Vancouver, on Friday, Dec. 7, 2018. Meng faces extradition to the U.S. on charges of trying to evade U.S. sanctions on Iran. She appeared in a Vancouver court Friday to seek bail. (Jane Wolsak/The Canadian Press via AP)

Germany this week made the preliminary determination to continue to the process in allowing Huawei to partake in developing their high-speed internet infrastructure after their own investigation found no sufficient proof its equipment could be used to spy. Britain is currently examining the tech giant’s products, and is expected to make a decision in the coming weeks.

Over the past year, the Trump team has been ramping up pressure on its European allies to drastically limit or entirely rebuff Huawei’s involvement in both developing the 5G infrastructure and its presence on existing networks. While Huawei has mostly been barred in the United States, its foothold in Europe is strong.

“Next to Apple and Samsung, Huawei is the world’s largest mobile technology company in terms of market share, so if the company is compromised from within, the risk is undeniable,” Rasmussen said. “Given the historical alliances between the US and many European countries where Huawei technology is common, there is a vested interest to track this accordingly and share information when prudent. The UK and Germany will naturally have to weigh the costs and benefits to allowing risky technology in their country.”

However, the Huawei president and former Chinese army engineer Ren Zhengfei – whose daughter Wanzhou has been held Canadian authorities for almost three awaiting possible extradition – continues to deny that the company assists the Chinese government in collecting intelligence through its devices. “Even if we were required by Chinese law, we would firmly reject that,” Zhengfei said in a CBS interview.

The Chinese government has also consistently and firmly refuted U.S. accusations that they have either the will or capacity to funnel off personal data and information.

“If these pieces of electronic equipment used in telecom infrastructure are compromised – for example, by having hidden backdoors, which allow for access with specific access codes – this would enable Chinese intelligence to have access to western telecoms networks, ‘sniffing’ and listening to all information such as data and voice going through that equipment,” explained J. Eduardo Campos, Chief Information Security Specialist and founder of Embedded-Knowledge Inc. “Huawei denies it vehemently, but given the recent history of State-sponsored hacking by the Chinese government, it makes anyone suspicious. Moreover, Chinese tech companies could, in theory, be compelled by the Chinese government to modify their technology for spying purposes. And we would never know it.”

According to Campos, the 5G technology – the next iteration of mobile network technology – could potentially help cities become smarter, improving traffic management, citizen services, and access to public information from mobile devices. Therefore, it will enable many types of cutting-edge applications, such as self-driving cars and remotely operated devices.

“They will be able to send and receive large amounts of data faster than it is currently possible. One way of seeing a potential threat is that an increased reliance on mobile technologies means its disruption would have serious consequences, both in terms of safety as well as the country’s economy,” he observed. “Imagine that a failure because a remote hacking by a foreign power could lead to the death of patients, the crash of self-driving cars, or even just halting down airplanes on the ground because of massive system outages. This poses real national security risks. The US government has all rights to crack down on this and at least demand extra measures to protect the infrastructure against companies that operate too close to foreign powers not aligned with the US, such as Huawei technologies.”

Meanwhile, the White House has been urging Western technology companies to get up to speed with their Chinese counterparts in mastering the 5G modal.

“The Trump Administration is in the tough position of balancing free market principles with national and cybersecurity. The President and his advisors are tasked with regulatory oversight of 5G implementation, and they understand that this new technology has revolutionary capabilities in terms of innovation and economic growth,” added Theresa Payton, Former White House Chief Information Officer under George W. Bush and current CEO of security consulting company, Fortalice Solutions. “But the key is to strike a balance between a successful 5G rollout that spawns economic growth and a safe and secure rollout that doesn't give bad actors and nation states unwarranted access to private or sensitive information."