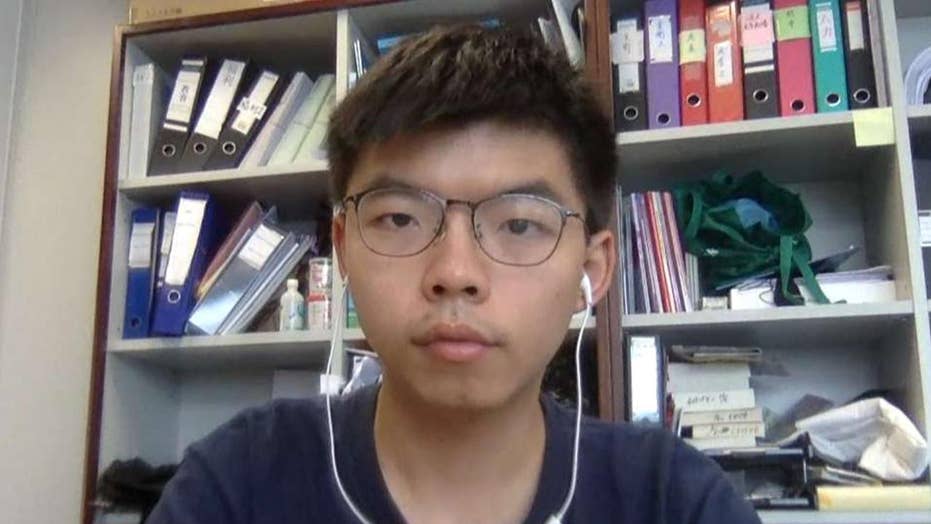 Activist warns Hong Kong is on the brink of bloodshed, says fight for democracy is far from over

At least two well-known pro-democracy activists and an associate have been arrested in Hong Kong as police respond to recent demonstrations against China.

Wong and Chow were later granted bail, the AP reported.

Wong and Chow were being investigated for their roles in a June 21 protest outside a police station. Both face potential charges of participating in the demonstration and inciting others to join it.

Wong also is being investigated on suspicion of organizing it. He is secretary-general of a group called Demosisto while Chow is a member.

Chan, leader of a pro-independence group, was arrested under suspicion of rioting and attacking police.

Meanwhile, an appeals board rejected an application by protesters to hold a march on Saturday that would have marked the fifth anniversary of China disallowing fully democratic elections for the leader of Hong Kong.

The organizers said they were calling off the march, the AP reported.

Pro-democracy protests that have racked Hong Kong this summer were set off by extradition legislation that would have allowed suspects to be sent to mainland China to face trial. The extradition bill was suspended but the protesters want it withdrawn.

But Reuters reported Friday that China's central government in Beijing ordered Carrie Lam, Hong Kong's chief executive, not to yield to any of the protesters' demands, after Lam had submitted to Beijing her assessment of how to defuse tensions.

The demonstrations grew to be a reaction to general concerns about the rights of Hong Kong residents.

Hong Kong has been a special administrative region of China since Britain relinquished control in 1997.