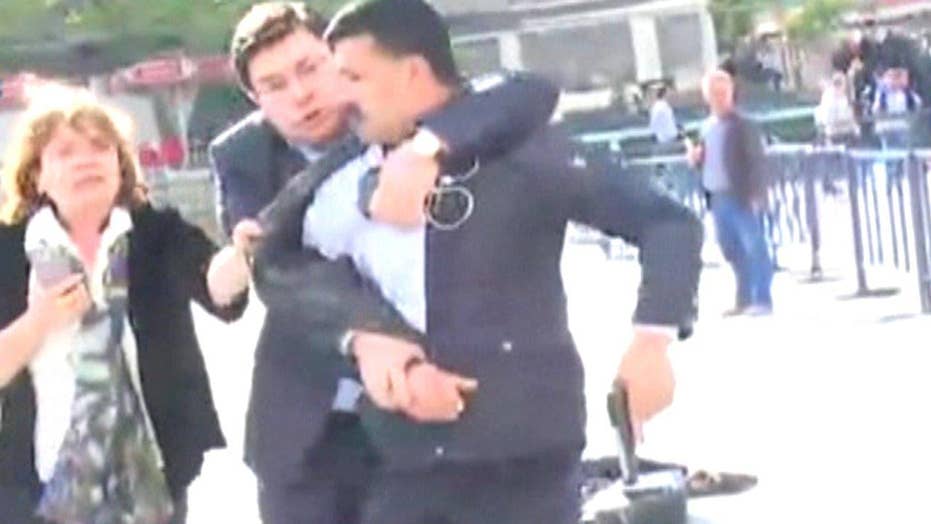 Gunman arrested after opening fire on journalist in Turkey

Attack on journalist who is standing trial in Istanbul

ISTANBUL – Police have arrested a gunman who fired at least two shots at a prominent Turkish journalist who was briefing reporters about his trial.

Can Dundar, editor-in-chief of Cumhuriyet newspaper wasn't hurt in the attack Friday. Another reporter was slightly hurt in the leg.

Dundar is on trial for revealing state secrets in reports published in Cumhuriyet on alleged arms smuggling to Syria.

Journalist Erdem Gul, who is on trial along with Dundar, said the attacker shouted "traitor" as he fired.