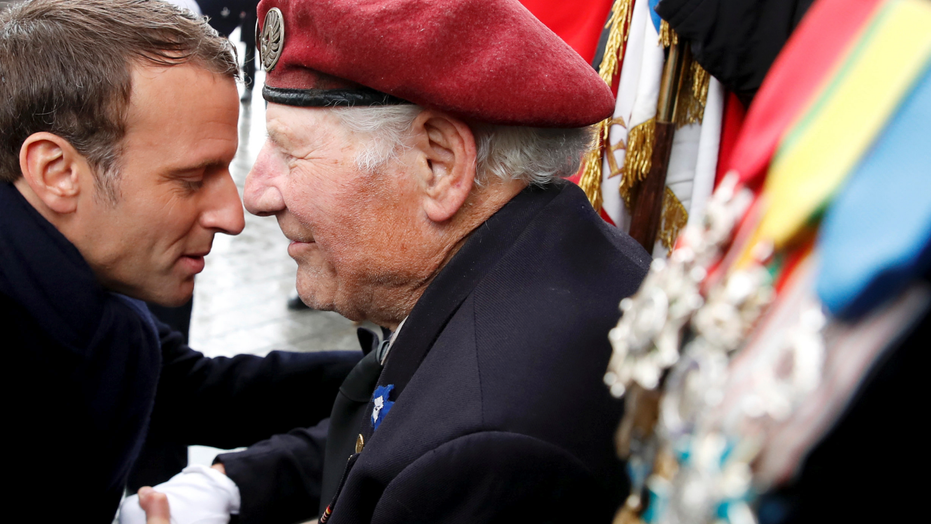 PARIS – French President Emmanuel Macron has relit the flame of the Tomb of the Unknown Soldier, the high point of a solemn ceremony marking the 74th anniversary of the World War II victory over Nazi Germany.

Under heavy rain Wednesday, Macron laid a wreath at the tomb under the Arc de Triomphe, surrounded by military officials and guests, including several veterans of World War II and former presidents.

Commemorating the victory of the Allies over Nazi Germany on May 8, 1945, 11 months after the D-Day landings in Normandy, is a ritual for French presidents.

Horses of the Republican Guard escorted Macron's car up the Champs-Elysees Avenue to the monument.

The president also laid a wreath at the statue of Charles de Gaulle, the general revered for leading the French Resistance and later elected president.