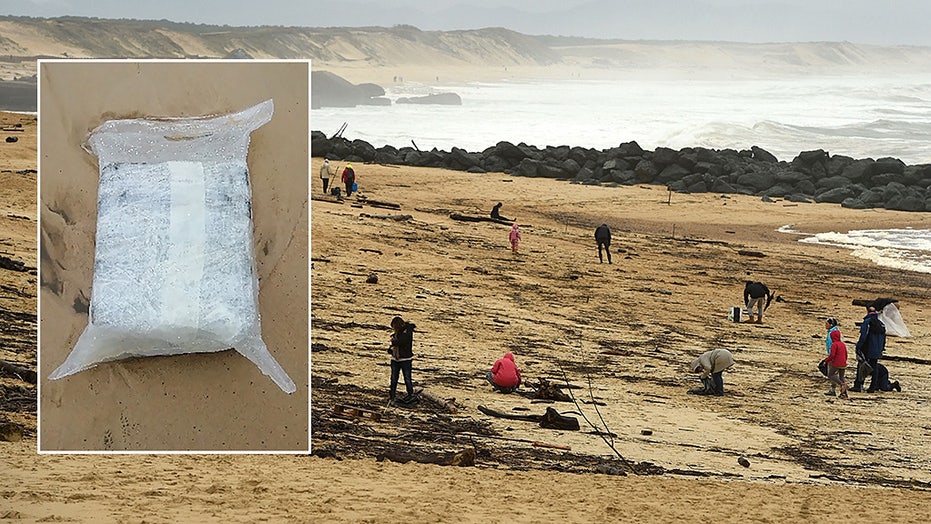 Beaches in southwest France along the Atlantic coast have been shut down after bricks of cocaine and other drugs continue to wash ashore, for weeks now, leaving investigators puzzled over where the illicit substances came from, a prosecutor said Tuesday.

The packages of drugs have turned up daily on beaches as far as 300 miles apart, from Nantes in western France to the resort town of Biarritz near the Spanish border to the south, Philippe Astruc, the prosecutor in the western city of Rennes, told the AFP.

Astruc said authorities have so far recovered 1,920 pounds of drugs with a street value that could be worth millions of dollars. The cocaine was especially dangerous, testing at 83 percent purity.

French prosecutors said Sunday that they had opened an investigation after finding a "significant amount" of cocaine and other drugs on beaches all along the Atlantic coast in recent weeks. (Gaizka Iroz/AFP via Getty Images)

“It’s a very pure product that must not be consumed in this form because there is a very high risk of overdose,” Astruc told France 2 TV, according to the Guardian. “There is absolutely an immediate health risk.”

Over a dozen beaches have been closed and police are patrolling the areas. Police have already caught a 17-year-old on a closed beach near Bordeaux trying to swipe 11 pounds of cocaine, the AFP reported.

Investigators were working with European authorities and the U.S. Drug Enforcement Agency to find out where the drugs are coming from, officials said.

Astruc said in a statement on Sunday that the drugs could be from South America, having been ditched after a ship hit a storm.

Packages of cocaine with similar markings were also found on beaches in Florida in the aftermath of Hurricane Dorian in September, the AFP reported, citing French newspaper Sud-Ouest.