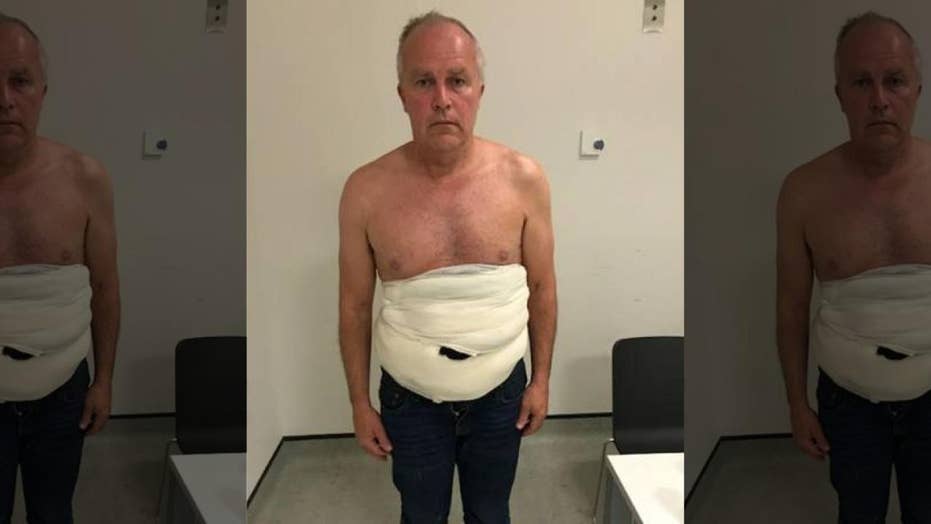 Former soldier-turned-smuggler jailed after being caught at Heathrow airport

A former soldier-turned-bird smuggler was jailed after being caught at Heathrow airport with 19 rare eggs strapped to his body.

A former SAS-trained soldier turned prolific egg smuggler was sentenced to three years and one month in prison after he was caught at London’s biggest airport trying to smuggle 19 rare and protected eggs.

Jeffrey Lendrum, 56, pleaded guilty on Tuesday to four offenses after he was stopped last June at Heathrow airport with up to $127,000 worth of rare bird eggs – including hawk, eagle and vulture eggs – strapped to his chest.

The prosecution was able to prove that Lendrum knowingly smuggled the eggs into the country for commercial gain by trying to evade customs, the Crown Prosecution Service (CPS) said on Thursday.

Lendrum – who has Irish and Zimbabwean citizenship – arrived on a flight from Johannesburg, South Africa where he had been living at the time of his arrest. Two of the birds had already hatched. (Crown Prosecution Service)

According to officials, Lendrum – who has Irish and Zimbabwean citizenship – arrived on a flight from Johannesburg, South Africa where he had been living at the time of his arrest. Two of the birds had already hatched.

“Lendrum claimed he obtained the eggs from a man cutting down trees in South Africa,” prosecutor Sean Sullivan said during his trial this week, the Daily Mail reported. “The birds have habitats in different areas, such as cliff side - which makes a no sense that one particular bird was endangered by tree felling.”

Lendrum, of Northhampton, has a long list of bird smuggling convictions dating back to a case in Zimbabwe in 1984 and Canada in 2002. In 2010, Lendrum was caught trying to smuggle 14 rare peregrine falcon eggs out of the U.K. at Birmingham airport. Officers found eggs in socks that were bound to his body to keep them warm, according to the Daily Telegraph.

Most recently, in October 2015, he was sentenced to four-and-a-half years in prison after he was caught carrying four rare peregrine eggs in Sao Paolo, but was released on bail pending appeal and promptly fled the country.

Remi Ogunfowora, of the CPS, said: “We worked with our partners in the National Crime Agency to ensure this prolific bird egg smuggler faced appropriate charges. We hope the sentence passed deters others from becoming involved in the damaging trade around rare and endangered wildlife.”

Lendrum has insisted that he was motivated by compassion and not commercial gain.

“The whole media has portrayed me as the Pablo Escobar of the falcon-egg trade,” he reportedly complained to author Joshua Hammer, who is writing a book about his exploits.