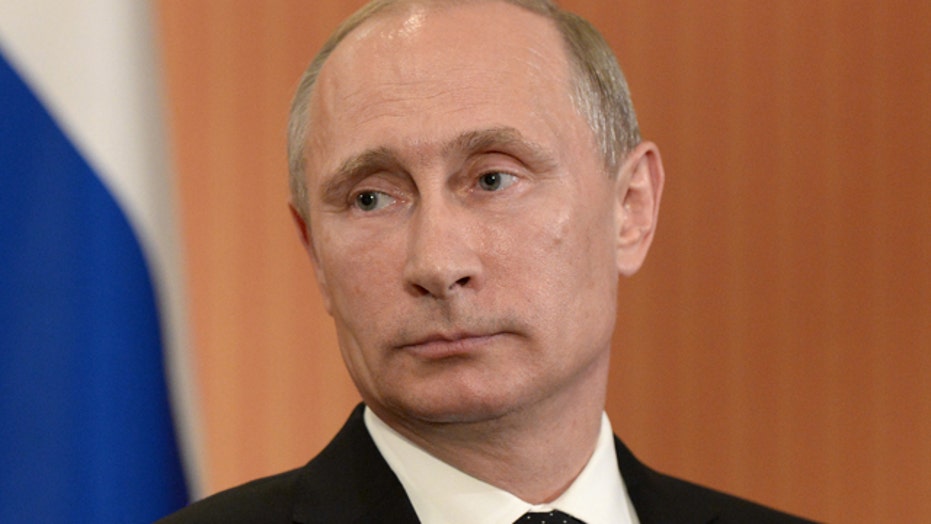 U.S. allies in Europe are closely watching Russia’s movements with its neighbors, like Ukraine, as a possible test by Vladimir Putin to provoke NATO.

Jamie Kirchick, a fellow at the Foreign Policy Initiative, says one of Putin’s main goals “is to destroy NATO” by challenging its credibility.

“If he can actually show that [NATO] article five … which mandates an armed attack on one is an attack on all … if he can show that is worthless, then I think he’s won,” Kirchick told Fox News National Security Analyst KT McFarland.

He says inaction against Russia has “ripple effects” around the world. “Our allies look at a giant neighbor taking over territory from a smaller neighbor and that will affect their defense spending.”

Violence by pro-Russia militants in Ukraine’s eastern regions has put NATO members on edge, fearing that Moscow could instigate instability in their countries next.

Kirchick believes this is the type of paranoia Putin is hoping takes hold in the region.

“Russia’s long-term strategy is to keep Ukraine out of Western institutions and if they can keep the eastern part of the country in a state of low-level insurgency for the foreseeable future, then that makes Ukraine a semi-failed state,” Kirchick said.

Kirchick points out there is “a lot of soul-searching” in Kiev over how the government has failed to stop Russia since their takeover of Crimea.

Kirchick says he’s hopeful Ukraine can secure its eastern territory, despite continued pressure from Russia. “With firm diplomatic and economic sanctions from the West we could see a favorable outcome.”

Watch the full interview with Jamie Kirchick above.