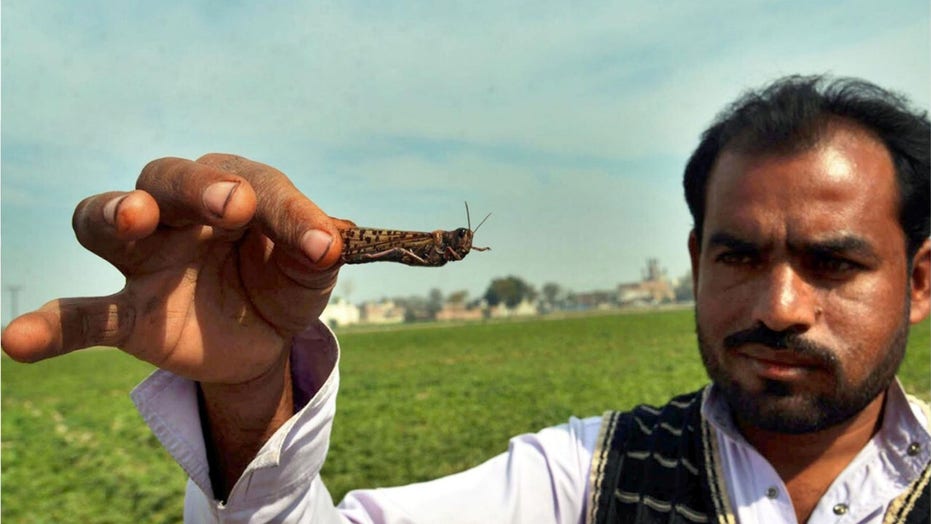 A major locust outbreak has reached South Sudan, endangering Africans across the country.

A locust infestation in the Horn of Africa is bringing about one of the worst food crises in the region in more than 70 years, officials have warned.

In the past few weeks, locusts have swarmed Uganda, Tanzania, Kenya, Somalia, Ethiopia, and most recently South Sudan, devouring crops and pastures.

Local officials have struggled to control the infestation.

Meanwhile, fears are mounting that the locusts – already numbering in the hundreds of billions – could multiply further in the months ahead. The FAO estimates the insects could grow up to 500 times its population by June, the BBC reported.

Burgeon has called upon the international community to provide nearly $76 million to fund the aerial spraying of pesticides.

“If it doesn’t, the situation will deteriorate and then you will need to provide massive food assistance for a humanitarian situation that may even get out of control,” Burgeon said, adding: “There is always a risk when you have people in acute food insecurity that famine is not very far.”

Young desert locusts that have not yet grown wings crowd together on a thorny bush in the desert near Garowe, in the semi-autonomous Puntland region of Somalia.  (AP)

U.S. Secretary of State Mike Pompeo said during a visit to Ethiopia on Tuesday that the United States would donate another $8 million to the effort, following an earlier $800,000.

The locusts are believed to have originated in Yemen late last year before spreading across the Horn of Africa, an area where millions already face food insecurity and civil wars have wrecked its fragile economies.

Locusts are among the world’s oldest and most destructive migratory pests, according to the U.N. An average swarm can contain 40 million, travel up to 95 miles in a day, and devour enough food to feed some 34 million, according to statistics from the U.N.

The number of overall locusts could grow up to 500 times by June, when drier weather begins, experts have said. Until then, the fear is that more rains in the coming weeks will bring fresh vegetation to feed a new generation of the insects.