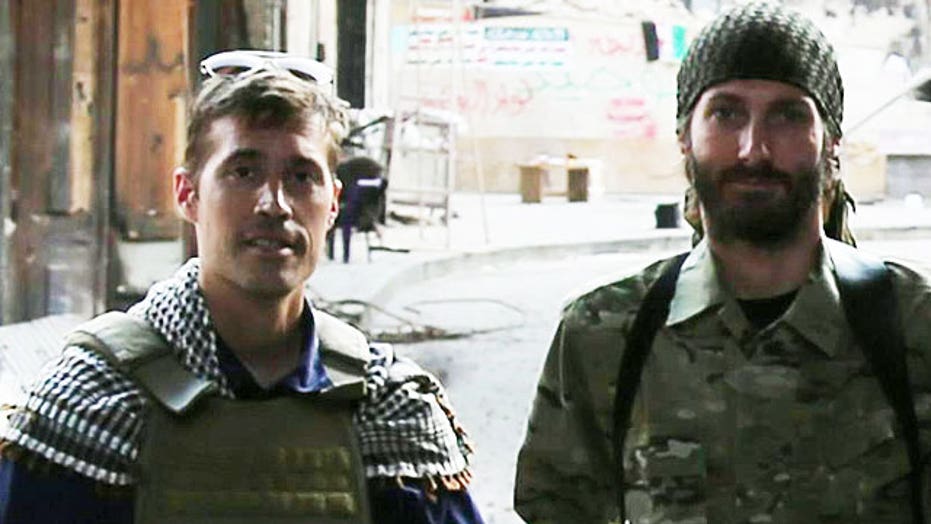 An award-winning filmmaker and self-described revolutionary who knew James Foley well from their work in some of the world’s most dangerous war zones blames President Obama’s policies for helping create the monstrous terror organization that killed his friend.

Matthew VanDyke, a 35-year-old Baltimore native, said U.S. dithering when Syrian rebels needed help in their ongoing civil war with President Bashar al-Assad created a vacuum for Islamic State, the jihadist group that on Tuesday released a gruesome video showing Foley’s beheading. Had America helped the moderate rebels, they would not have formed their doomed alliance with the Al Qaeda-linked jihadists who then morphed into ISIS, or Islamic State, he said.

“[Obama] has been dragged kicking and screaming every time an American force has to be used and, like it or not, we are the sole super power on this planet and if we aren’t going to do it, who is going to do it?” VanDyke said.

“ISIS is the creation of spring 2013,” he continued. “The Syrian conflict had been going on for two years before ISIS was formed. It all could have been prevented if we had a president who took action when we needed to take action. It’s like a disease, it becomes much more costly if you let it just spread.”

VanDyke, whose “Point and Shoot,” about his journey from journalist to fighter in the revolution that toppled Libyan strongman Muammar Qaddafi, was named best documentary at the Tribeca Film Festival in April, said the horrific murder of his friend leaves no doubt that Islamic State is at war with the U.S.

“They have a bull's-eye on us,” he said. “Now that we started this, we have to just wipe ISIS out.”

Although it is not known when the video showing the beheading of Foley, 40, a freelance photojournalist from New Hampshire, was shot, his executioner blamed U.S. airstrikes in Iraq for the killing. U.S. officials have deemed the video authentic.

VanDyke, who was held as a prisoner of war by Qaddafi’s regime and later fought alongside Syrian rebels, said Foley was a journalist, not a fighter.

“James was driven by passion, firm belief in the work,” he said. “He was a straight-shooting journalist, very ethical and very moral. People really liked him. I’ve never heard anyone say a bad word about James Foley.”