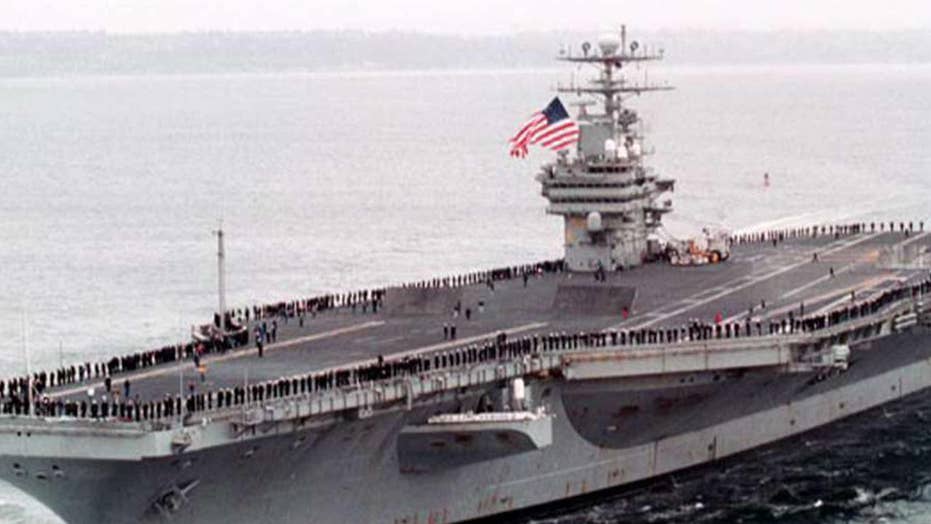 No injuries reported in incident south of Philippines

A pilot was forced to eject from a Navy F/A-18E Super Hornet fighter jet while attempting to land aboard the USS Carl Vinson as the carrier steamed north toward the Korean Peninsula on Friday, according to the U.S. Navy.

Crews quickly rescued the unnamed pilot who wasn't hurt, the officials said. The Carl Vinson was in the Celebes Sea at the time, south of the Philippines.

The single-seat jet, from the VFA-137 Kestrels squadron, was conducting "routine flight operations" before it crashed, according to a statement from the U.S. Navy’s 7th Fleet. It did not specify exactly when the pilot ejected, and the cause of the crash was unclear.

Navy officials have said the Carl Vinson, intended as a show of force to North Korea, will arrive in the region next week. The carrier has been making its way from Singapore to the Sea of Japan since last week, making stops in Asia along the way.

Top U.S. officials have described the deployment as a message to North Korea as it conducts missile tests, and may be planning a nuclear test.

"The incident is currently under investigation. The pilot is being assessed by the medical team on board USS Carl Vinson and there are no apparent injuries at this time," the 7th Fleet added.

The Carl Vinson is accompanied by two guided-missile destroyers and a cruiser with Aegis combat systems to track and intercept missiles.