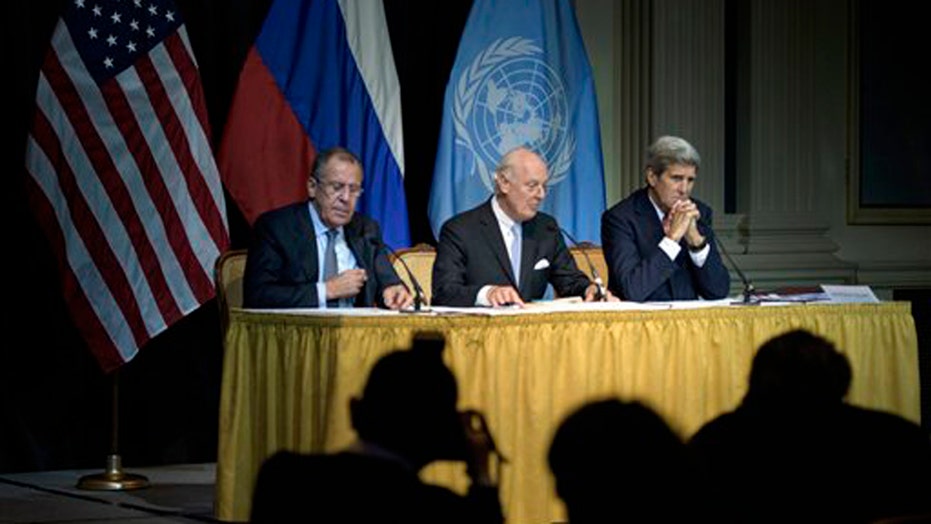 Those sources say Russian cargo planes transported the weapons. The planes were spotted earlier this month on the tarmac at the Russian air base in Latakia, Syria's primary port city.

The flights are not registered, and are in breach of two United Nations Security Council resolutions which impose an arms embargo on Iran.

Fox News is told the increased Russian transport of Iranian weapons is being coordinated by Qassem Soulimeini, the head of the Iranian Al-Quds force, as well as President Vladimir Putin and Russian Defense Minister Sergei Shoigu. An Iranian civilian airline, Mahan Air, is flying military personnel into Syria several times each day from Tehran to Latakia.

Tehran's support has been crucial to Syrian President Bashar al-Assad's survival. Besides significant financial aid to Assad, Iran has acknowledged that its Revolutionary Guard officers are on the ground in Syria in an advisory role. There have been multiple Iranian officers and soldiers killed in fighting in Syria, though Tehran denies the presence of actual combat troops in the country.