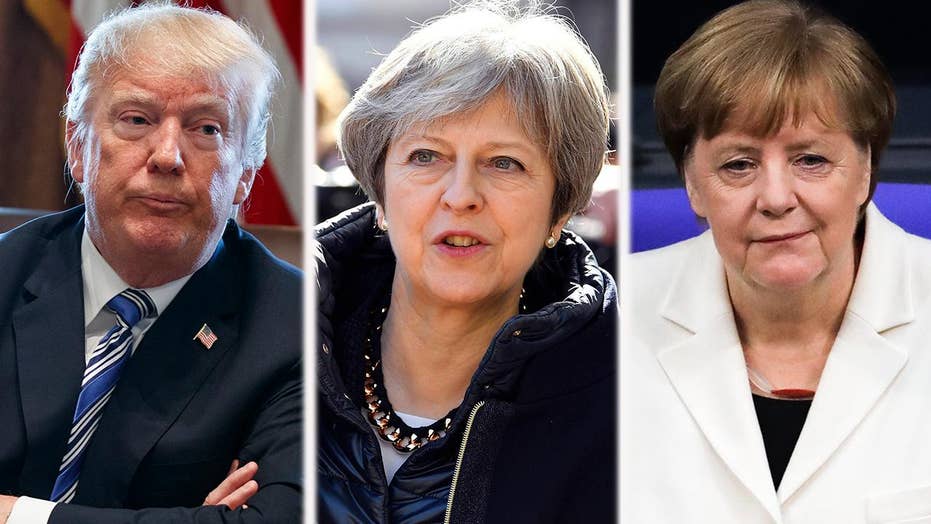 The European Union vowed Friday to take "more steps" against Moscow over the poisoning of a former spy and his daughter in Britain in an incident that has rapidly heightened tensions between the two world superpowers.

European Council President Donald Tusk said Friday that the 28-nation group will recall its ambassador from Moscow for consultations and that "more steps are expected at a national level" by Monday.

"I think it is clear that Russia is challenging the values we share as Europeans, and it is right that we are standing together in defense of those values,” British Prime Minister Theresa May said following a summit dinner where she shared information about why Britain is convinced Moscow was behind the March 4 attack.

The UK has already expelled 23 Russian diplomats and their families, and Moscow responded by expelling 23 British diplomats, who are expected to return to the UK on Friday.

Irish Prime Minister Leo Varadkar said his country will conduct a security assessment of Russian diplomats with a view to possibly expelling those who are not legitimate.

"We will make that decision, I would say, in the early part of next week," he said.

Dalia Grybauskaite, president of Lithuania, said that "from the beginning of next week, a lot of countries, we will go for our national measures."

The EU added Friday it was highly likely that Russia was behind the nerve-agent attack – which left Sergei Skripal, 66, and his 33-year-old daughter Yulia in critical condition -- and could see no other plausible explanation for it.

Speaking March 18, Russian President Vladimir Putin said that Moscow would cooperate with the U.K. in an investigation of the poisonings, calling them a "tragedy." However, Putin said that if the claims that they were poisoned by the Soviet-designed nerve agent were true, the victims would've died instantly.

Regarding the diplomatic blowback, Russia's Foreign Ministry said Friday that Moscow is not aware of immediate plans by any European countries other than Britain to expel Russian diplomats.

Artyom Kozhin, a spokesman for Russia's Foreign Ministry, told a televised briefing Friday afternoon that officials there have not been approached over the matter.