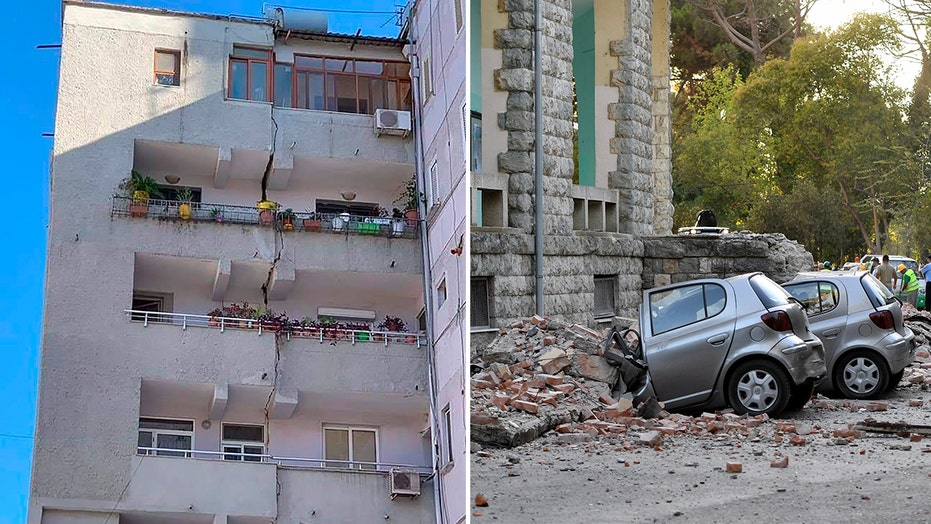 A 5.8 magnitude earthquake in Albania injured more than 100 people trying to escape their cracking homes as scores of aftershocks shook the country’s western coast on Saturday.

The quake struck 8 miles north of the port city of Durres around 2:04 p.m., sending shockwaves as far as the capital Tirana, located about 23 miles to the east, Albania's defense ministry said.

“All our neighbors came out screaming,” a 67-year-old retiree in Tirana called Agim told Reuters. “Thank God it did not last long -- about 20 seconds. It was a nightmare on the 10th floor. I don’t remember a more powerful one than this.”

Officials described the quake as the most powerful to strike the country in the last 30 years, according to the outlet. More than 100 aftershocks have since rattled the region.

At least 105 residents suffered minor injuries as they bolted from their homes, officials said. Many who had fled were staying in temporary shelters as experts inspected nearly 600 damaged homes around the country Sunday.

At least one home collapsed while other buildings were heavily damaged, authorities said. A photo of a six-story building in Tirana with a crack cleaved all the way down its center followed reports of other homes and structures fracturing during the quake.

Flattened cars were parked outside the Faculty of Geology building in Tirana. (AP Photo/Hektor Pustina)

Power and water facilities in Tirana, Durres and some other western and central districts were also knocked out. Defense Minister Olta Xhacka said "luckily oil wells were not damaged."

Prime Minister Edi Rama said he had phone calls from his Italian, French, German and other European counterparts offering assistance.

Located along the Adriatic and Ionian Seas, Albania is earthquake-prone and registers seismic activity every few days.