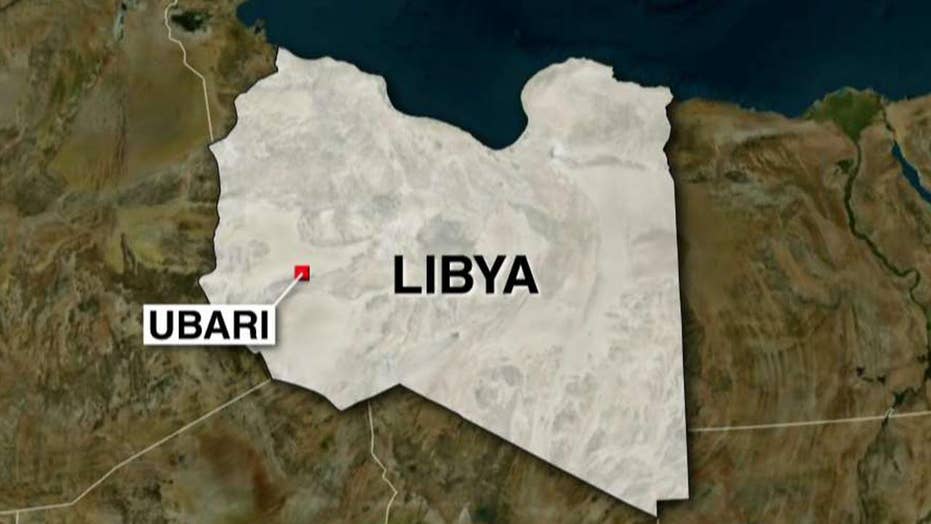 Military officials say no civilians appear to be injured in the strike.

Two “terrorists” were killed on Saturday after the U.S. military launched a drone strike in Libya, a U.S. official told Fox News.

The U.S. Africa Command said in a statement that no civilians were killed in Saturday’s strike.

“In coordination with the Libyan Government of National Accord (GNA), U.S. forces conducted a precision airstrike near Ubari, Libya, on March 24, killing two terrorists,” the U.S. Africa Command said in a statement.

“The United States will not relent in its mission to degrade, disrupt, and destroy terrorist organizations and bring stability to the region. We are committed to maintaining pressure on the terror network and preventing terrorists from establishing safe haven,” the statement added.

Greg Palkot reports on the escalating violence and terror presence in the region.

Saturday’s drone strike was the second one in Libya this year. There were seven drone strikes launched in 2017. In 2016, the U.S. military carried out nearly 500 airstrikes against an ISIS enclave in the coastal city of Sirte.

The day before leaving office, then-President Barack Obama ordered an airstrike against two ISIS training camps using a pair of B-2 stealth bombers from Missouri.