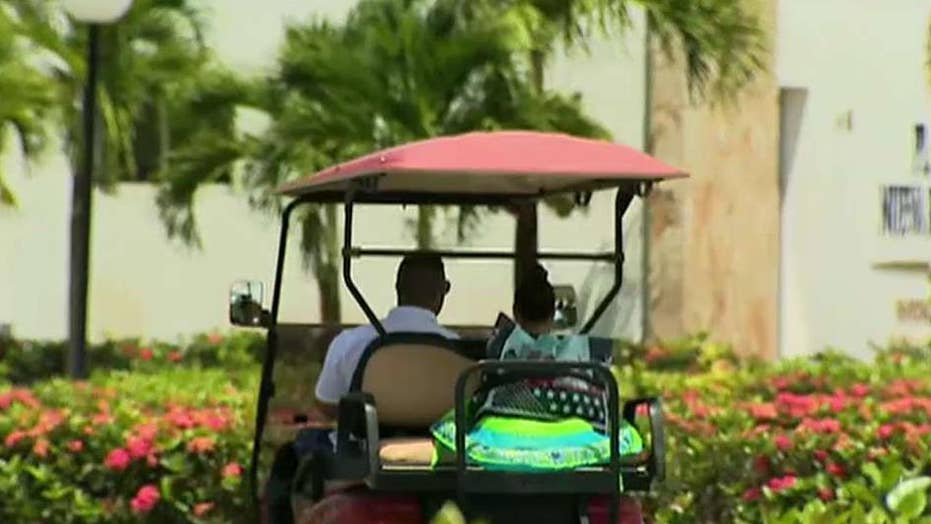 The minister of tourism unveils new efforts to give travelers more confidence, including a mandate to display emergency information to guests upon check-in and in guest rooms; Jacqui Heinrich reports.

The Dominican minister of tourism touted new safety measures put in place after the public relations nightmare that erupted over the summer following the deaths of at least nine American tourists at hotels in the Caribbean destination.

Francisco Javier Garcia, speaking at an event Thursday coordinated by the American Chamber of Commerce of the Dominican Republic in New York City, reiterated that the Caribbean island is a safe travel destination for tourists from around the world and particularly for visitors from the U.S., who account for more than 3 million visitors each year.

He said a National Committee of Tourism Security has been established by the Dominican government, focused on monitoring and improving security measures in the tourism poles across the island nation. The committee includes 16 government agencies, including the military and the national police, along with private entities like the Association of Hotels and Tourism of the Dominican Republic (ASONAHORES).

“Tourism in the Dominican Republic is a model for development (of the industry),” Garcia said through a translator. “More than 50 years of hard work, we have the best installations in the Caribbean — the best infrastructure in the Caribbean region.”

The minister said they also have reinforced rules that now require emergency information and the 911 number be clearly posted in every guest room.

The island’s safety came under scrutiny earlier this year after Tammy Lawrence-Daley of Delaware claimed she was assaulted by a hotel employee at the all-inclusive luxury resort Majestic Elegance in Punta Cana. Her claims were amplified after the deaths of at least nine American tourists in the weeks that followed at various hotels across the country.

Garcia denounced what he called the “bombardment” of news about the so-called “mysterious deaths,” steadfastly saying that in fact, none of the deaths were related and all the tourists died of natural causes.

“The bombardment that we had from the media could be a product of a book,” he said. “But unlike the bombs that were dropped in Germany (during World War II), is that the Dominican Republic is not at war. We are not in a state of war.”

Garcia added: “We have worked very hard to stop this and there has been a process of clarifying all the information that was needed. But the damage has been done. … What happened in the Dominican Republic today, this could happen to another country tomorrow. Or to a region or the entire tourism sector.”

Autopsies showed the tourists died of natural causes, but two of the cases are receiving further toxicology analysis with help from the FBI. Those results have not been released, but Garcia told reporters that they are confident the results will match those conducted by Dominican authorities.

The U.S. State Department has discounted the idea of a surge of tourist deaths, saying it had not seen an uptick in the number of U.S. citizens who died in the Dominican Republic.

Vice Consul General of the Dominican Republic Eduardo Hernandez breaks down the new safety measures and says that his office is going to do a better job of communicating to the American people.

Robin Bernstein, the U.S. ambassador to the Dominican Republic, said the news reports on the deaths were an “unfounded negative campaign.”

“I implore you, the responsible journalists, to tell the truth about these issues,” she said at the event, adding that the deaths were all “unrelated.”

“(My family), we have been traveling all around the Dominican Republic and I can tell you that never was there a point that I thought my life was unsafe,” she added.

Garcia did not provide specifics when asked whether there has been a drop in tourist arrivals since the wave of negative news.

“We will calculate that at the end of the year. June and July were abnormal months because they were affected by information that was taken out of context,” he told reporters after the event.

Fox News reported in late June that flight bookings to the island had reportedly gone down 74 percent ahead of the end of the summer season.

Alex Zozaya, the executive chairman for Apple Leisure Group, said at the event that the Dominican Republic is a “benchmark” for other destinations in the region and that the practices conducted there are being taken to other countries to bolster their infrastructure.