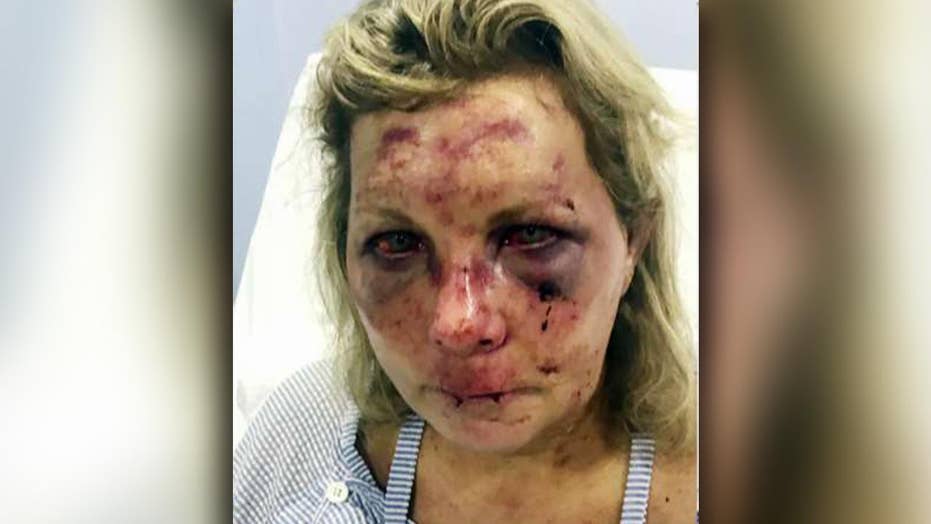 Victoria Watson Kurtz and John Johnston, attorneys for Tammy Lawrence-Daley, speak out on 'The Story.'

The all-inclusive luxury resort in the Dominican Republic where a Delaware woman claimed she was assaulted by a hotel employee is closing its doors temporarily due to low occupancy.

In a letter sent to travel agents earlier this month, Ricardo Espinosa, the vice president of sales and marketing for the Majestic Resorts in Punta Cana, announced that negative portrayal from media on “isolated issues not related to each other” have led to thousands of cancellations for their hotels.

He said in the letter that the Majestic hotels – three in Punta Cana, including the Majestic Elegance where Tammy Lawrence-Daley said she was beaten – were able to maintain a 60 percent occupancy for the months of June, July and the first half of August.

“However, the situation is completely different for the second half of August as well as September and October,” Espinosa said, adding: “We don’t feel we are providing the best possible experience by having an empty resort.”

The Majestic Elegance Punta Cana will close its doors on Thursday and will reopen on Nov. 7, 2019 – just ahead of the December holiday season. The guests who already booked rooms at the hotel will be upgraded to the Majestic Mirage Punta Cana.

Espinosa said some upgrades will be made during the resort’s temporary closing.

"During the last few months, we have had a fair amount of conversation to determine the best way to move forward during this difficult and unprecedented time," he wrote in the letter. "Majestic Resorts is going to offer even more services and more quality than ever before to gain our guests back. We have taken this issue as an opportunity to rethink and improve for the future."

Lawrence-Daley made headlines when she spoke out in late May, claiming she was viciously beaten by a hotel employee while on vacation at the Majestic Elegance Punta Cana earlier this year.

In a lengthy Facebook post, the Delaware woman said she had ventured out of her hotel room alone to buy a snack. She alleges that a man – perhaps two – wearing a hat and shirt with the name of the resort attacked her.

She posted a photo of herself showing her face swollen and bruised and said she was strangled and beaten. According to previously published reports, she suffered facial fractures and nerve damage.

After coming forward with her allegations, the resort cast doubt on her story and told Fox News in June that Lawrence-Daley had demanded a $2.2 million compensation agreement or she would go public with her story.

“After receiving no positive response, she disclosed her version of the case, 4 months after it happened,” the statement said.

In July, Lawrence-Daley sued the luxury hotel for $3 million, claiming she wants "justice," "accountability" and to be compensated for "permanent, life-changing injuries."

Fox News’ requests for additional comment from Espinosa regarding the resort’s temporarily closure were not immediately returned Wednesday. The letter did not mention Lawrence-Daley.

Around the same time that Lawrence-Daley made her claims, there was a spate of so-called mysterious deaths of at least 10 American tourists at various hotels on the Caribbean island, which prompted fears from visitors about the country’s safety.

Amid the heightened media scrutiny, Tourism Minister Francisco Javier Garcia told Fox News in June that the deaths were all rooted in natural causes and insisted that it is safe to vacation on the island.

He said at the time that the deaths and the media attention on them will have an impact on the tourism industry. He insisted that it would only be a momentary hit.

“Dominican hospitality is one of international standards,” Garcia said at the time. “I have traveled to countless countries [in my capacity as minister] and I saw that there is no hotel that I have visited in capitals of the world that have the characteristics of the hotels in the eastern region of the country.”

The Ministry of Tourism said in a statement Thursday that they could not comment on "a decision made by private enterprise," adding that the country had introduced a number of new "initiatives and strengthened measures" to support visitors to the island.

"They include the following: doubling hotel inspections; increasing compliance with food and beverage protocols; reinforcing the availability of 911 emergency response services within each guest room and at the time of check-in; and stablishing a multilingual emergency tourist center to seamlessly connect visitors and their families with government agencies, as needed," the statement, released by Rubenstein Public Relations Inc, on behalf of the ministry.

The FBI is assisting Dominican authorities in the investigation into some of the resorts where the deaths occurred, as well as with toxicological tests in the case of three of the deaths.

Fox News reported in late June that flight bookings to the island had reportedly gone down 74 percent ahead of the popular vacation months of July and August.

A tourism expert on the island told Fox News in June that the county should anticipate a temporary decline in visitors, particularly from the U.S.

“I think the [downward] curve started in June and will continue in July before starting to recover against in August and September,” he said.

He spoke on condition of anonymity as he was not authorized to speak publicly on the matter.

In 2018, the Dominican Republic welcomed more than 6.5 million visitors from around the globe.