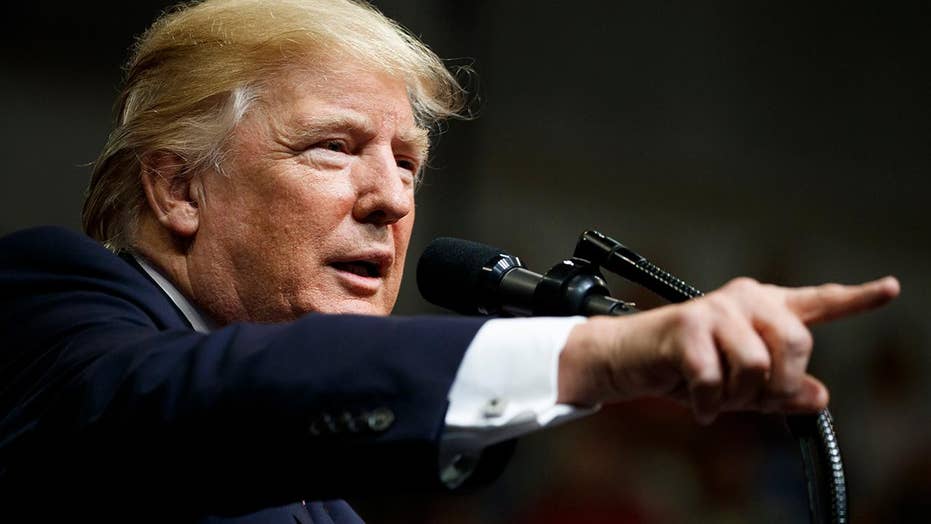 A North Korean official said President Trump's comments last week to the United Nations General Assembly amounted to a U.S. "declaration of war" against the Hermit Kingdom -- the latest rhetoric in a war of words that comes a day after a propaganda video from Pyongyang featured missiles demolishing a U.S. aircraft and jets.

The 90-second video released on the DPRK Today news site one day after U.S. jets flew over waters east of North Korea, began with images mocking Trump before flashing to a submarine-launched missile striking the USS Carl Vinson, Yonhap News Agency reported. The aircraft carrier is seen exploding and disintegrating into pieces.

Meanwhile, words flash across the screen warning America against considering military action: "Should F-35, B-1B or the Carl Vinson lead the U.S attack, they will head to the grave in that order."

Another clip showed a medium-range ballistic missile shooting down a B-1B bomber and an F-35 fighter jet, engulfing both in computer-generated fire.

North Korea’s foreign minister Ri Yong-ho said on Monday that North Korea had the right to shoot down U.S. bombers in its airspace and Trump's statements were "a declaration of war" against the country.

"Last week Trump claimed our leadership declared war on ... this is clearly a declaration of war on all members states," Ri said. "The whole world should remember U.S. declared war on our people. The U.N. charter stipulates right of defense in charter."

"Since the U.S. declared war on our country, we have the right to shoot down U.S. bombers in our airspace," Ri said.

"Since he made declaration of war, all options are on the operation table," he added.

Trump and North Korea's war of threats escalated last week when Trump called Kim Jong Un a “rocket man [who] is on a suicide mission for himself and for his regime.” The president first debuted the nickname in a tweet days earlier, but made a firm stance against Kim and the hermit kingdom during his address to the United Nations General Assembly. He's since changed the nickname to "little rocket man."

The Pentagon says B-1B bombers from Guam and F-15 fighter escorts from Okinawa, Japan, have flown a mission in international airspace over the waters east of North Korea. (U.S. Air force via AP) (U.S. Air Force)

Kim fired back by calling the president a “mentally deranged U.S. dotard” who had “denied the existence of and insulted me and my country in front of the eyes of the world.”

Both leaders have dubbed each other a “mad man." On Saturday, Ri said Trump’s rhetoric makes a missile attack on “the entire U.S. mainland inevitable all the more.”

"None other than Trump himself is on a suicide mission," Ri told the General Assembly on Saturday. "In case innocent lives of the U.S. are lost because of this suicide attack, Trump will be held totally responsible."