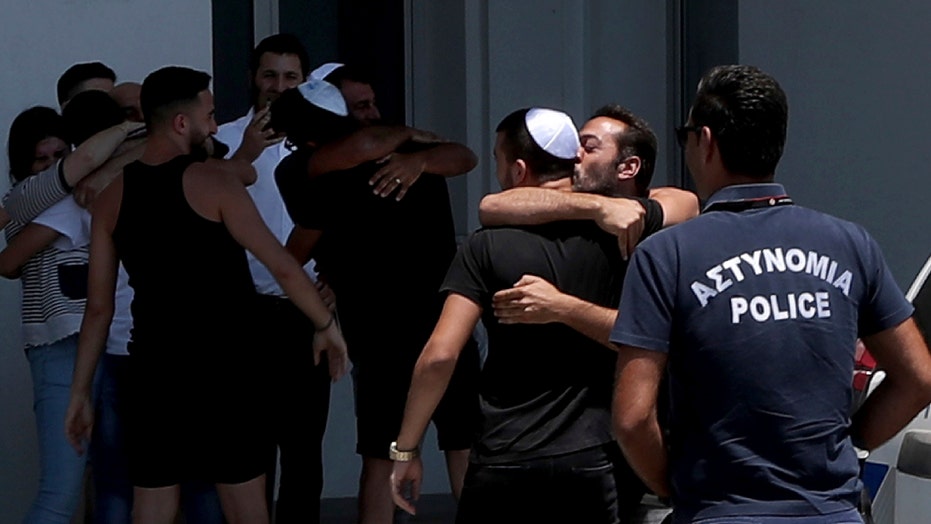 A British woman has been arrested after she recanted her claim that 12 Israeli teens gang-raped her at a hotel in Cyprus, according to reports Sunday.

News agencies reported the 19-year-old woman was arrested on suspicion of making a false allegation, the BBC reported. She's due in court Monday.

"As I have argued throughout the process, there was no rape in Cyprus,” said defense attorney Nir Jeslovich who represented several of the suspects in court, according to the Jerusalem Post. “The young men who went on a vacation that became a nightmare will go home today, and everyone will return to their homes and families.”

An Israeli teenager embraced by relatives after being released from Famagusta police headquarters in Paralimni, Cyprus, on Sunday. (AP Photo/Petros Karadjias)

Law enforcement in Cyprus arrested 12 Israeli teenagers on July 18 following the woman's report of being raped by a dozen individuals at a resort popular with foreign tourists.

One law enforcement official told The Associated Press the woman voluntarily recanted during questioning just after midnight, saying there had been sexual contact with the suspects but she wasn't raped.

One of the teens released last week presented photo evidence showing him sleeping next to his girlfriend at the time of the alleged rape, according to reports.