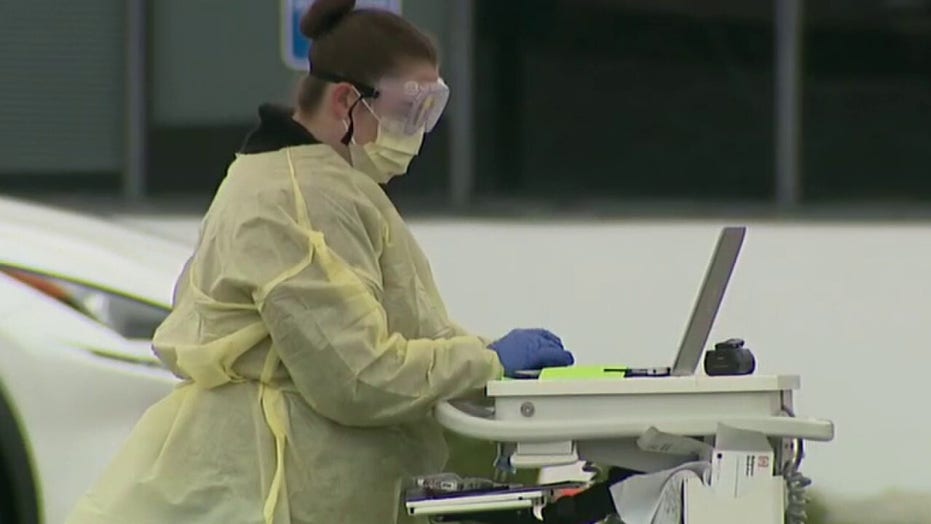 Officials in South Korea said Wednesday that they plan to provide coronavirus testing kits to the U.S. after President Trump made a request for help coping with the pandemic.

"President Trump reiterated his commitment to employ the full weight of the United States Government and work with global leaders to save lives and restore economic growth," the White House said in a readout of the call.

South Korea's Blue House said during the telephone conversation, Trump asked whether South Korea could send medical equipment and supplies as the number of cases has grown in the U.S.

Jeong Eun-kyeong, director of South Korea’s Centers for Disease Control and Prevention, told reporters on Wednesday the country is willing to send chemical reagents used to extract genetic material during COVID-19 tests, but at a level that doesn’t affect its own testing capacity.

South Korean Prime Minister Chung Se-kyun, second from left, puts an envelope containing a face mask into a charity box during a campaign for the donation of face masks to impoverished people amid the spread of the new coronavirus in Seoul, South Korea. (AP Photo/Ahn Young-joon)

“We have currently secured enough volume and stocks of the test kits for domestic use, but I have to check further on the availability for the use of exports,” Jeong told reporters.

She didn’t provide a detailed estimate of supplies that could be shipped to the United States but said that South Korea has the ability to conduct as many as 20,000 tests per day, according to Reuters.

As of Wednesday, South Korea had tested around 358,000 people, reporting 9,137 infections and 126 deaths. The country was praised for slowing the spread of COVID-19 with comparatively little disruption.

The country is now trying to prevent the illness coming from other countries.

The office of Prime Minister Chung Se-kyun on Monday said the government is also considering expanding the measures to passengers arriving from North America.