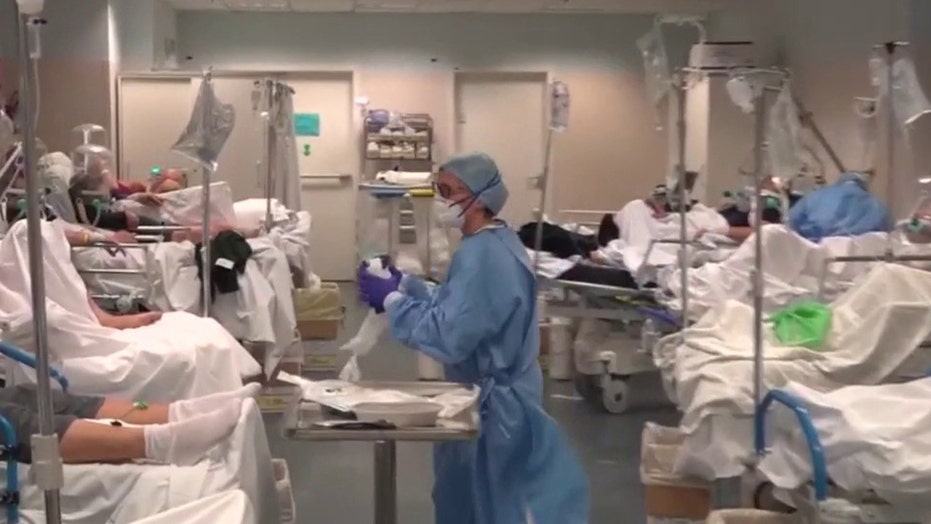 South Korea reported its lowest daily total of new coronavirus cases Monday as the nation ramped up quarantine restrictions for travelers over fears of a new wave of infections from hard-hit regions overseas.

The 64 new COVID-19 cases brought South Korea’s total to 8,961 infections, the most of any Asian country outside of China, where the virus originated late last year. The death toll stood at 111.

Of the new cases, 13 were from overseas travelers entering the country, Reuters reported, adding to the 74 imported cases South Korea reported last week.

Members of a local residents group wear protective gear as they disinfect a local park as a precaution against the new coronavirus in Seoul, South Korea, on Monday. (AP Photo/Lee Jin-man)

“We don’t give much meaning to numbers yet, but as there are some fluctuations despite a declining trend, our top priority is to prevent sporadic group infections and repatriated cases,” said Yoon Tae-ho, director-general for public health policy at the health ministry, according to the outlet.

As the number of locally spread cases sees a marked slowdown, South Korean medical officials have urged vigilance and the government tightened border controls to prevent the illness from re-entering from the West.

"To prevent imported cases, it will be better to enforce a two-week quarantine on all arrivals," Ki Mo-ran, a doctor leading the nation’s coronavirus task force, told South Korea’s Yonhap news agency. "The country needs to reinforce its quarantine measures on people coming from other virus-hit countries in addition to Europe."

The pandemic has gripped Europe in the past two weeks, devastating Italy where cases have surged to 59,138 amid a mounting death toll of at least 5,476. The numbers have continued to rise in other European countries, including Spain (29,909 cases), Germany (26,159 cases) and France (16,257 cases).

The U.S. reached 35,000 coronavirus cases Monday, making it the nation with the third-highest number of infections in the world, behind only Italy and China.

China has also reported that the contagion rate has started to slow down, with at least 81,454 confirmed cases amid a death toll of 3,274. However, like South Korea, officials fear a fresh outbreak from abroad after seeing a record rise of 45 imported cases Sunday -- the fourth straight day with an increase, Reuters reported.