Chinese state-run media continued its retaliatory campaign against the United States, slamming U.S. Secretary of State Mike Pompeo and accusing him of lying after he claimed there was "enormous evidence" that the novel coronavirus spread from a lab in Wuhan.

They also called him an "evil" person who was speaking "nonsense" and "spitting poison."

An editorial on Tuesday in the Global Times newspaper referred to him as a "degenerate," while the World Health Organization said the U.S. claims were "speculative" and that the medical arm of the United Nations had not seen any "specific evidence" to back up claims made by Pompeo or President Trump about the origin of the novel coronavirus, which has spread around the world infecting 3.6 million people and killing more than 252,000.

Trump and Pompeo have been sharpening their attacks in recent days against China, aggressively trying to blame the country and repeating that the disease managed to escape from a lab in Wuhan.

On Sunday, Pompeo repeated the claim on ABC News' "This Week." When asked to elaborate on the "enormous evidence," he declined.

"I'm not allowed to tell you that," he said. 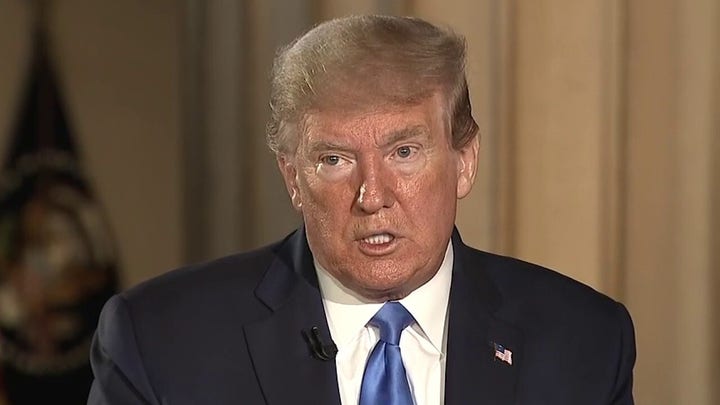 On Monday, the Global Times accused Pompeo of pushing "absurd theories and twisted facts," and on Tuesday claimed Pompeo was trying to "kill two birds with one stone by spewing falsehoods."

During a Fox News town hall on Sunday at the Lincoln Memorial, Trump told moderators Bret Baier and Martha MacCallum that China had made a "horrible mistake and didn't want to admit" that the virus came from the Wuhan lab. The week before Trump raised eyebrows when he claimed that he had personally seen evidence of his claims but, like Pompeo, was "not allowed" to elaborate.

Trump said the U.S. government has "people looking at it, very, very strongly. Scientific people, intelligence people and others."

To protest China's handling of COVID-19, the Trump administration has suspended millions of dollars worth of funding for the WHO and said it would be yanking a long-running project that studied coronaviruses living in bats that had been running in conjunction with the Wuhan lab.

For its part, China has repeatedly denied the allegations that its facilities were to blame.

China's Foreign Ministry spokesman Geng Shuang has used his daily press briefings to dismiss the possibility that man-made errors in Wuhan caused the outbreak and pointed to comments made from a top official at the Wuhan Institute of Virology who said that while it was understandable people would be wary of the lab, "there's no way this virus came from us."

China now claims the country's response to the outbreak was quick, complete and saved lives around the world.