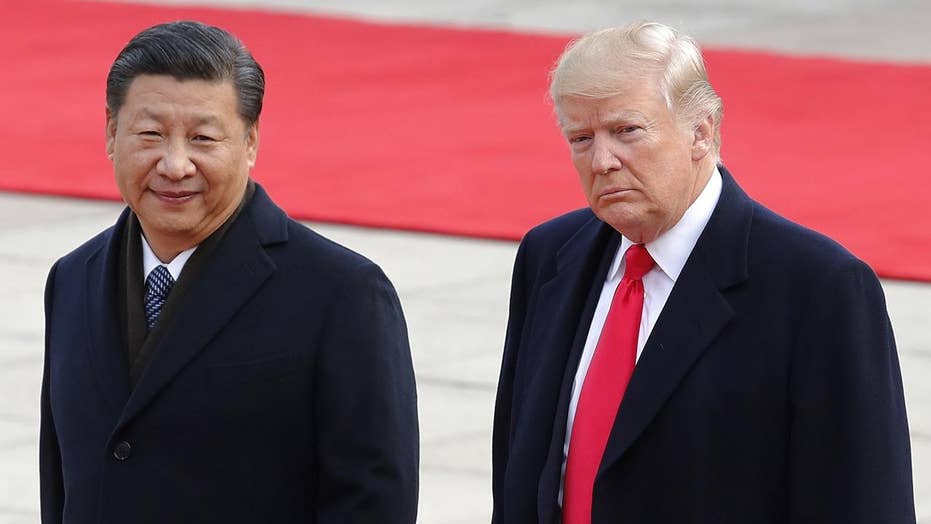 US vs. China trade war: What to know

Washington increased tariffs at 12:01 a.m. ET on $34 billion worth of Chinese imports as Beijing said it would be "forced to make a necessary counterattack."

The Wall Street Journal reported that the fight could last months—if not years.

“With his tariff threats, Trump is posing an unprecedented challenge to the leadership,” Zhu Feng, a professor of international relations at Nanjing University, referring to President Donald Trump, told the paper.

China sees Trump’s threats as an attempt to "hold back its economic growth," vowing to match them move for move, according to The Washington Post.

“Whether it’s through trade war or other means, the end goal is to make China subservient to the United States,” He Weiwen, vice president of the Center for China and Globalization, in Beijing, told Washington paper.

"For soybean producers like me this is a direct financial hit."

“That's impossible. China won’t accept that,” he said, adding “what happens next depends on the United States. China will be prepared to follow suit.”

Just moments after the U.S.'s tariff announcement, China fired back, claiming the U.S. violated WTO rules that set off “the largest trade war in economic history to date,” The Washington Post reported.

Ari Fleischer: Trump wanted a trade war, he's getting one

China is set to hit back against the U.S.'s 25 percent tax on the $34 billion worth of Chinese goods with taxes on an equal amount of American products, including soybeans, lobsters, sport-utility vehicles and whiskey. But the Chinese have not outlined exact targets, the report said.

“One of the big scary unknowns is we don’t know how China will react,” Mr. Austin Ramirez, Husco International’s chief executive, told the paper. “There are lots of things they could do to make life difficult for U.S. businesses operating in China that would be detrimental to us.”

"To put it simply, the United States is firing at the whole world. It is also firing at itself.”

The price of U.S. soybeans has plunged 17 percent over the past month on fears that Chinese tariffs will cut off American farmers from a market that buys about 60 percent of their soybean exports.

Those caught in the initial line of fire — U.S. farmers facing tariffs on their exports to China, for example — are already hunkered down and fearing the worst.

"For soybean producers like me this is a direct financial hit," Brent Bible, a soy and corn producer in Romney, Indiana, said in a statement from the advocacy group Farmers for Free Trade.

"This is money out of my pocket. These tariffs could mean the difference between a profit and a loss for an entire year's worth of work out in the field, and that's only in the near term," Bible said.

Shaun Rein, managing director at the China Market Research Group in Shanghai, told The Post that the Chinese government could stoke anti-American sentiments among consumers, similar to its boycotts last year on South Korea’s Lotte Group, causing dozens of their stores to close.

“If I was Starbucks or Apple,” he said, “I would be scared right now.”

“If I was Starbucks or Apple, I would be scared right now.”

Gao Feng, China’s Ministry of Commerce spokesman said Thursday that the U.S., in hurting the world, is hurting itself, the Times reported.

“If the United States starts imposing additional tariffs, it will actually be charging taxes on firms both in China and around the world, as well as American companies,” Feng, said at a news conference in China. “To put it simply, the United States is firing at the whole world. It is also firing at itself.”

Edward Alden, a senior fellow at the Council on Foreign Relations, told The Times that “at the moment, I don’t see how this ends.”

“This is very much in the president’s hands because he’s got advisers that seem divided, some substantively, some tactically,” Alden said. “I just don’t think we’ve had any clear signs of the resolution he wants.”