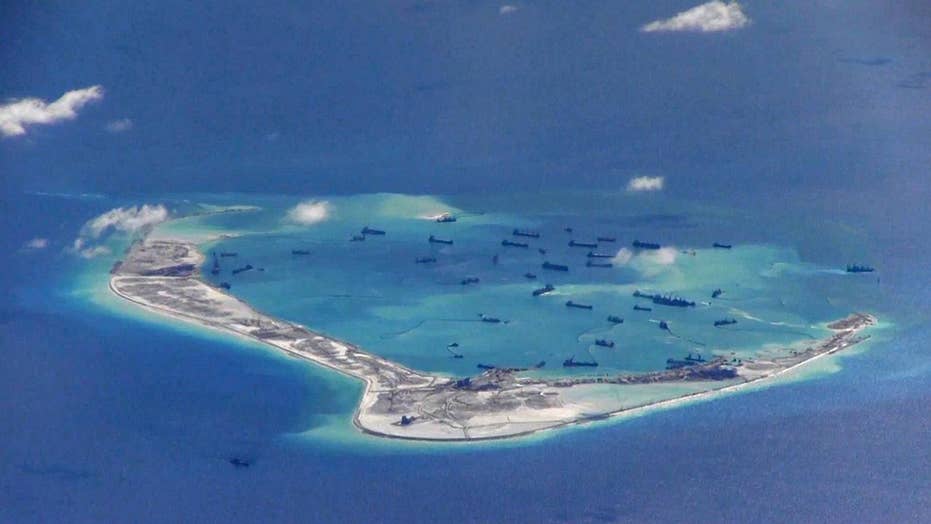 China’s air force staged another round of drills in the disputed South China Sea and Western Pacific, military officials said Sunday, labeling such exercises as the best preparation for war.

The country of 1.3 billion people is the midst of a massive modernization overseen by President Xi Jinping to make its military, which is already the planet's largest in terms of sheer personnel, a “world class force” and will boost defense spending by 8.1 percent this year, the biggest hike in three years.

China is thought to be most heavily focused on improving its air force and navy, doing everything from building stealth fighters to adding aircraft carriers, although the country has long insisted that it has no hostile intentions.

“China is committed to a path of peaceful development, and China pursues a defense policy that is defensive in nature,” Zhang Yesui, a vice foreign minister and spokesman for the National People’s Congress, said at a news conference in early March. “China’s development will not pose a threat to other countries.”

The military expenditures, combined with the maneuvering and saber-rattling in the crucial South China Sea waterway and near Taiwan, have prompted concerns in Asian and U.S. corridors of power.

But Andrew Erickson, a professor at the Naval War College’s China Maritime Studies Institute in Newport, R.I., told the Washington Post that China's growing defense budget enables it to achieve the biggest and fastest shipbuilding expansion in modern history; the world’s largest navy, coast guard and maritime militia by number of ships; and the world’s largest conventional ballistic and cruise missile force.

Chinese dredging vessels are purportedly seen in the waters around Mischief Reef in the disputed Spratly Islands in the South China Sea in this still image provided by the United States Navy May 21, 2015. (U.S. Navy/Handout via Reuters)

According to Reuters, the air force said H-6K bombers and Su-30 and Su-35 fighters, among other aircraft, carried out combat patrols over the South China Sea and exercises in the Western Pacific after passing over the Miyako Strait, which lies between two southern Japanese islands.

It did not say when the exercises took place nor specify the parts of the South China Sea or the Western Pacific.

Separately, in a “freedom of navigation” operation on Friday, a U.S. Navy destroyer came within 12 nautical miles of an artificial island China has built in the South China Sea, provoking condemnation from China.

Sending Su-35 fighters over the South China Sea aims to help increase the air force’s ability to fight far out at sea, the air force said in the statement on its microblog.

“China is committed to a path of peaceful development, and China pursues a defense policy that is defensive in nature.”

Flying across the Miyako Strait, which also sits to the northeast of the self-ruled island of Taiwan that China claims as its own, accorded with international law and practice, it added.

“Air Force exercises are rehearsals for future wars and are the most direct preparation for combat,” it said, reports Reuters.

Is a new Cold War with China brewing?

China continues to build up its military force in response to the administration's America First policy; Jennifer Griffin reports for 'Special Report.'

The more exercises China practices far from its shores the better it will be positioned as “an important force for managing and controlling crises, containing war and winning battles,” it added.

The air force sent two Yun-8 transport planes and one Tu-154, its largest reconnaissance aircraft, over the Miyako Strait before conducting an intensive patrol around Taiwan on Dec. 11, reports the South China Morning Post.

“China has not had any wars in the past 30 years,” Song Xiaojun, a Beijing-based military commentator, told the Washington Post. “It’s building its military to ensure its own safety, so foreign powers don’t need to worry.”