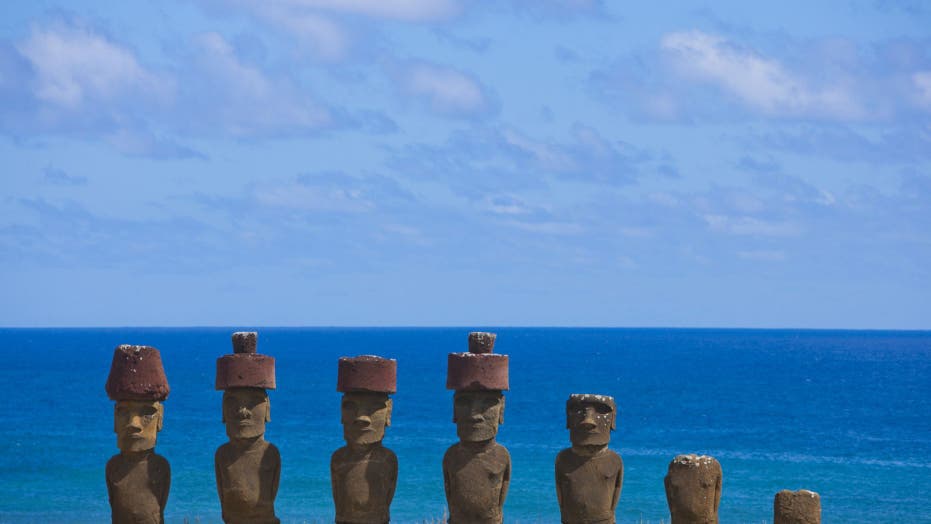 A Chilean man was arrested after he crashed his truck into one of the famous stone structures on Polynesia’s Easter Island, causing “incalculable” damage.

The man, who reportedly lives on the island, was arrested after the incident Sunday morning and charged with damaging a national monument, El Mercurio de Valparaiso, a Chilean newspaper reported.

The crash sparked a furor among islanders, who believe the 1,000 figures known as Maoi carry the spirits of prominent ancestors.

“As people know, the Maoi are sacred structures that possess a religious value for the people of Rapa Nui,” Camilo Rapu, the president of the Ma’u Henua community that looks after the Maoi, told the newspaper. “Something like this isn’t just dreadful, it’s an offense against a living culture that has spent the last few years fighting to regain its historic and archaeological heritage.”

Meanwhile, the island’s mayor, Pedro Edmund Paoa, told the newspaper the crash demonstrated the need for stricter traffic controls on the island. He called the damage “incalculable.”

According to El Mercurio, Edmund has advocated previously for better traffic control, especially as the island’s population continues to slowly rise, and more and more tourists visit each month.

“They didn’t listen to us and this is the result,” the mayor said.

The mysterious Maoi, which stood on the remote Polynesian island for hundreds of years, were carved on orders from the ruling class in ancient Rapa Nui.

The remote Pacific island, located more than 2,000 miles off the coast of Chile, continues to be a source of fascination for historians.