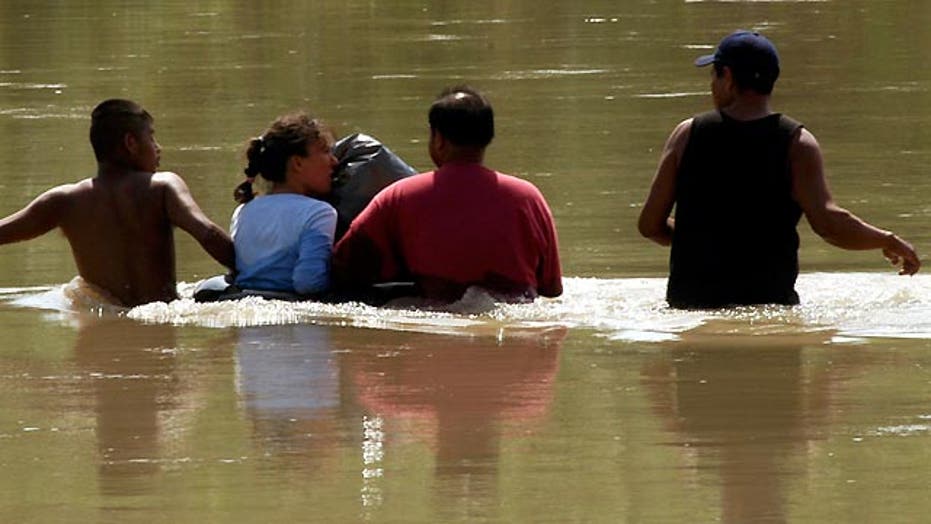 The dire economic situation in Central America is acting as a “breeding ground” for those wanting to take the risk and illegally come to the U.S., according to a regional security expert.

Payan says gangs are taking advantage of this false opportunity. “[They] are fueling this rumor and profiting from it because they charge thousands of dollars per child.”

Cartels used to focus their operations on drug trafficking; now they have diversified their criminal activity in Mexico and Central America.

U.S. officials are concerned that cartels may be collaborating with local gangs to expand their reach.

“A number of gangs on the ground have hooked up with these large cartels that charge them a certain amount of money for operating in their territory,” said Payan. “This is a very complex, transnational network of individuals.”

The cartels don’t seem to have any political motivations for now.

“Their motivation is economic … they are willing to do anything for the right price,” said Payan.

If the right offer comes along, however, he believes they might be willing to smuggle individuals or groups into the U.S. who are seeking to hurt American national security.