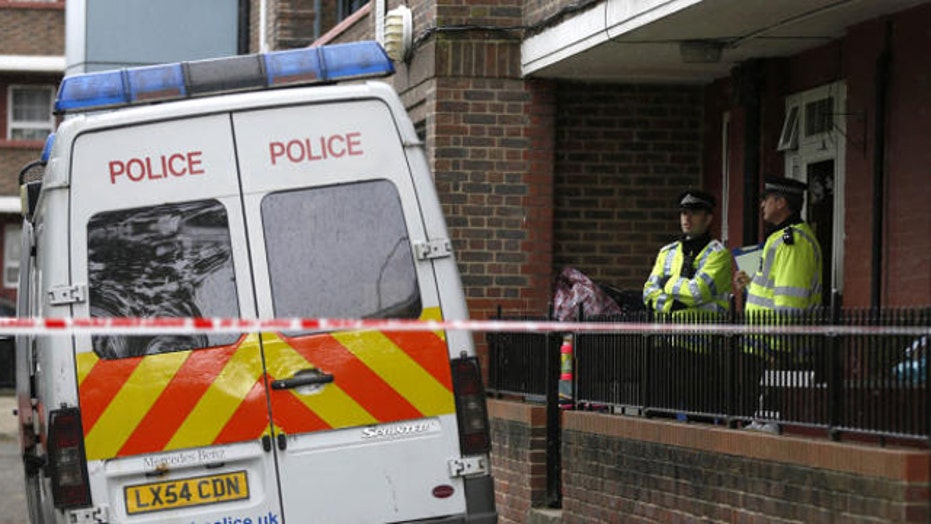 Investigation into attack continues to grow

The savage attack mounted by Muslim terrorists on a soldier on a busy London street has prompted a parliament inquiry into what the nation's vaunted MI5 domestic intelligence agency could have done to stop the suspects, both of whom had raised alarms with authorities.

The two suspects accused of hacking 25-year-old British soldier Lee Rigby to death Wednesday remained hospitalized under guard after being shot by police following the shocking incident, the aftermath of which was caught on cellphone video by passersby. Michael Adebolajo, 28 and Michael Adebowale, 22, hit Rigby with their car and then attacked him with knives and a meat cleaver, according to witnesses.

Prime Minister David Cameron said Friday a parliamentary committee will carry out an investigation into the role of the security services in tracking the suspects before their bloody rampage. MI5 was apparently aware of the men, and while Adebolajo had handed out radical Islamist pamphlets neither was considered a serious threat, a government source told Reuters. Adebowale is a naturalized British citizen born in Nigeria, while Adebolajo was born in Britain to a Nigerian immigrant family, according to a Reuters report.

"To find the signals, the red flags as it were, I think is enormously hard," Richard Barrett, former head of counter-terrorism at the Secret Intelligence Service MI6, Britain's foreign spy agency, told the BBC.

“The Prime Minister is very clear he wants to see an investigation about what went right and what went wrong," Pickles said. "It’s very important to stress these investigation are still going on.”

However, Pickles attempted to defend the security services, adding that “we need to be realistic that a free and open society is always vulnerable.”

Adebolajo converted to Islam and took the name ``Mujahid'' – warrior, and reportedly attended events run by the banned Islamist group Al Muhajiroun, its leader Anjem Choudary has said. Investigators are trying to uncover any links between the suspects and militants in Britain or abroad.

Sources familiar with the investigation have said no sign has emerged so far of direct links between the attack and an Islamist insurgency in the suspects' ethnic homeland Nigeria. Their surnames indicate they are from the Christian south of Nigeria, not the Muslim north where insurgents are active.

British investigators are examining whether at least one of the suspects may have had an interest in joining Somalia-based Islamist rebel group al Shabaab—  allied with al Qaeda, according to a Reuters source. A man and woman have also been arrested on suspicion of conspiracy to commit murder, which may suggest police are investigating whether the attack was part of a wider plot.

Meanwhile, Rigby's family said they learned with horror as they watched news reports that the man whose slaying shocked the nation was their loved one. Rigby’s wife told reporters Friday that she is still in shock after losing the father of her two-year-old son,  especially after he survived a tour in Afghanistan. “You don’t expect it to happen when he’s in the U.K.. You think they’re safe.”

She went on to say she was proud of her husband, Sky News reported. "He was a devoted father to our son, Jack, and we will both miss him terribly,” she said.

Dozens attended a prayer service in Rigby's hometown of Middleton, England Friday morning. Residents are being urged to fly union jacks by community activists, according to the BBC.