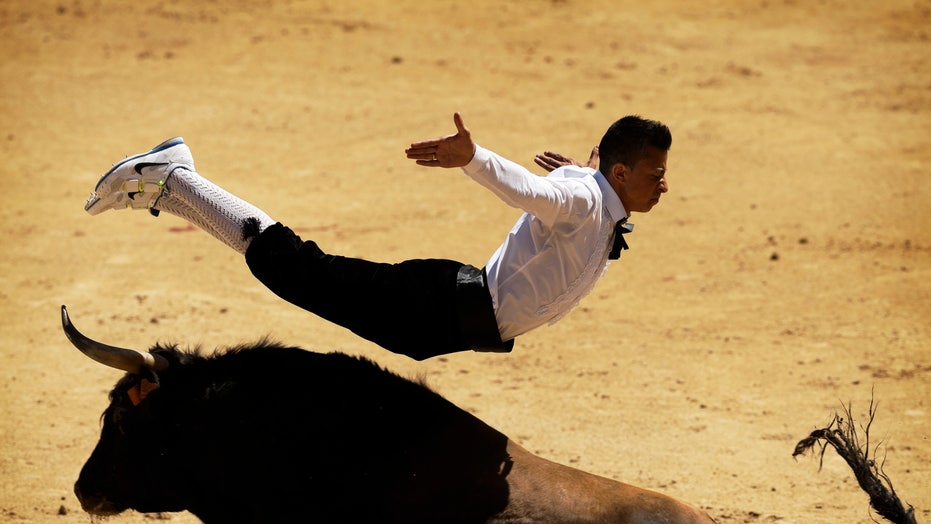 The island of Majorca will host its first bullfight in two years on Friday night after Spain's top court overturned a partial ban on the sport.

The island's Coliseo Balear ring will host the first fight since a regional parliament in 2017 outlawed killing the bulls during fights, the BBC reported Friday.

Mexican novillero bullfighter Sergio Flores performs with a bull during a bullfight on the eve of the 2011 San Fermin festival in Pamplona, on Tuesday, July 5, 2011 in Pamplona, Spain. (AP)

Spain's Constitutional Court in December had overturned the ban, saying it's an essential part of the sport, the Majorca Daily Bulletin reported in July.

The sport is protected under Spain's constitution as part of the country's "natural heritage," but animal rights activists oppose the sport and say it's "horrific".

"We're convinced that the end of bullfighting is already here and this is the last gasps of a dying spectacle," Francisco Vasquez Neria told the BBC. Neria is a member of the Anima Naturalis group, a nonprofit animal rights organization.

The region of Catalonia, which includes Barcelona, banned bullfighting in 2010, and the last fight took place in 2011.

Bullfighting has deep roots in Spain's history, having developed into the format many are familiar with - a man or woman donning an ornate costume and brandishing a cape - during the 18th century. A fight always ends with a matador killing the bull with a sword before it is then taken to a slaughterhouse.

The Coliseo Balear ring, which is celebrating its 90th anniversary, is expected to host the fight on Friday evening local time.