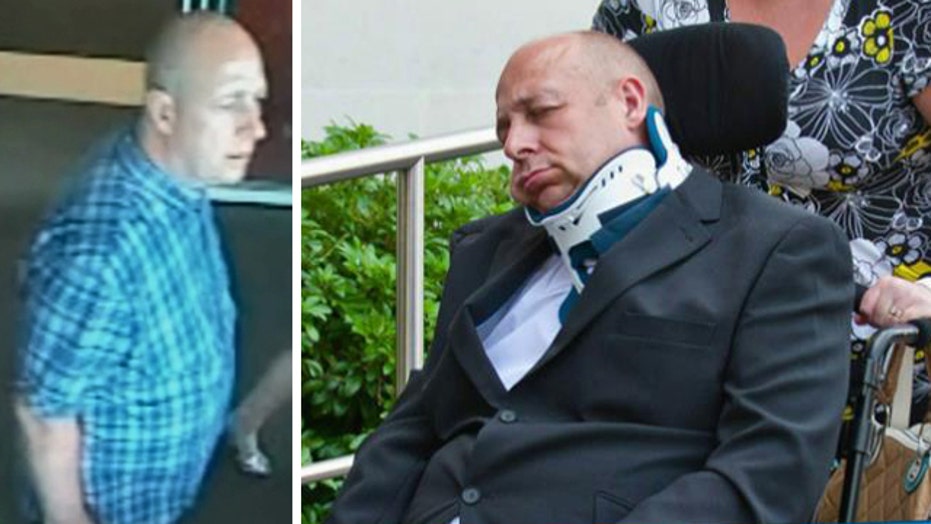 Fraudster convicted after police caught him on camera driving, strolling around supermarkets

LONDON – He might have got away with it if it hadn't been for his supermarket loyalty card.

A British fraudster who pretended to be quadriplegic and sometimes comatose for two years to avoid prosecution has been convicted after police caught him on camera driving and strolling around supermarkets.

Alan Knight of Swansea, Wales, stole more than $64,000 from the bank account of an elderly neighbor with Alzheimer's disease, prosecutors said.

When police began investigating, the 47-year-old Knight claimed to be quadriplegic and so sick he sometimes fell into a coma. He checked himself into a hospital to avoid court appearances, saying he was having seizures.

The South Wales Evening Post reported Wednesday that the suspect's wife, Helen Knight, had written to the newspaper saying her husband had obtained a doctor's letter certifying he was "quadriplegic and in a comatose condition, bed-bound at home" after a neck injury.

"We've been through absolute hell and we're still going through hell," she wrote, according to the newspaper.

Knight's deceit was uncovered when police tracked the use of his supermarket card, and produced surveillance camera footage of him walking and driving.

Warned that the trial would go ahead whether he was present or not, Knight arrived at Swansea Crown Court Tuesday in a wheelchair and neck brace. Faced with the video evidence, he pleaded guilty to 19 counts of forgery, fraud and theft.

Judge Paul Thomas said Knight was "a very accomplished and determined actor ... and the conditions he claims to be suffering from are simply nonexistent."

"His illnesses coincide with impending court appearances. I do not believe the symptoms are genuine," the judge was quoted as saying by the South Wales Evening Post.

Knight is due to be sentenced Nov. 7.