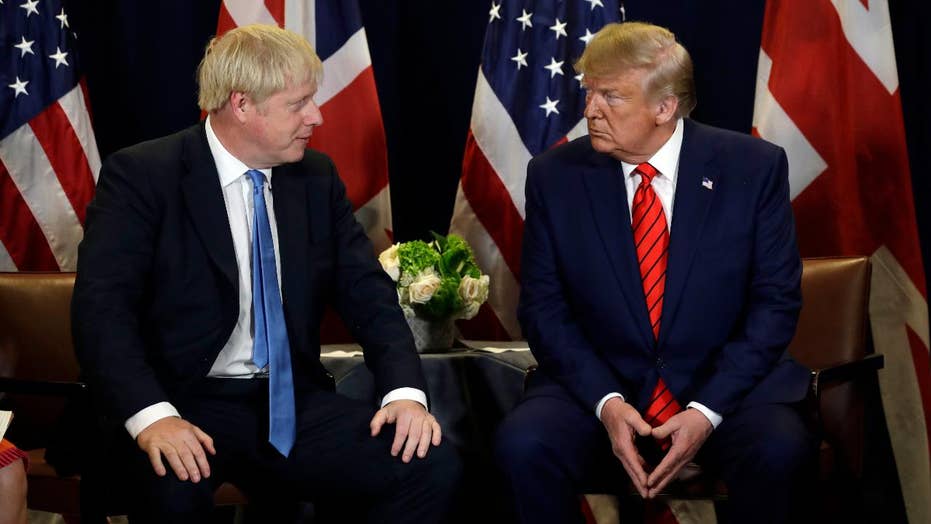 British Prime Minister Boris Johnson is refusing to step down amid growing calls for his resignation from leading politicians after the United Kingdom’s high court ruled that his suspension of Parliament amid debate over Brexit was illegal.

Downing St. said Johnson will head back to London from the U.N. General Assembly in New York by the time Parliament resumes on Wednesday.

“We respect the judiciary in our country, we respect the court,” Johnson said during a joint press conference with President Donald Trump on Tuesday. “I disagree profoundly with what they had to say. I think it was entirely right to go ahead with a plan for the Queen’s speech.”

He added: “Frankly, we need to get on with Brexit. Whether they voted to leave or remain they want to get this thing done by Oct. 31 and that’s what we are going to do.”

Earlier, Johnson did not rule out trying to suspend Parliament again. 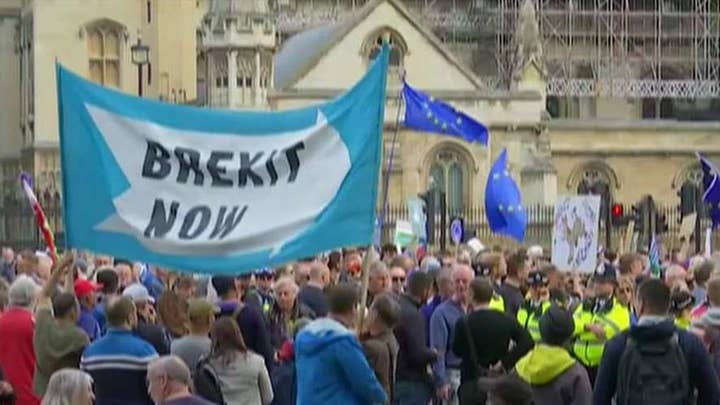 In a remarkable decision, the U.K. Supreme Court unanimously declared that Johnson’s order to close Parliament earlier this month was “void and of no effect” and that his government had instead shut down the legislature in an effort to squelch debate on Britain’s divorce from the European Union.

“The suspension was unlawful because it had the effect of frustrating or preventing the ability of Parliament to carry out its constitutional functions without reasonable justification,” Supreme Court President Brenda Hale said in a statement. 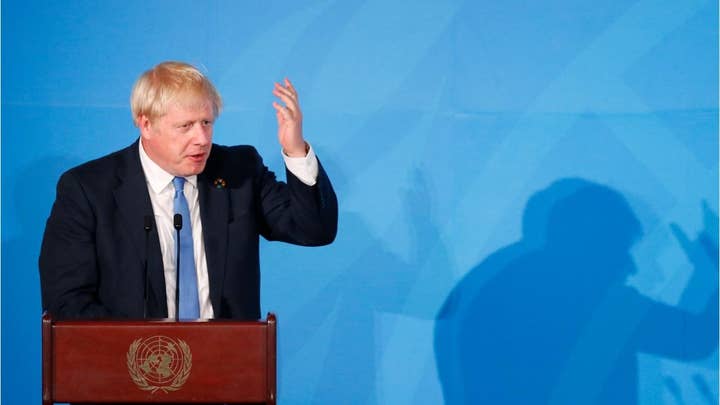 The decision does not prevent Johnson from proroguing – or suspending Parliament – again, as long as it does not stop lawmakers from carrying out their duties “without reasonable justification.”

“I invite Boris Johnson, in the historic words, to consider his position,” he said during a party conference Tuesday, adding that Johnson should “become the shortest-serving prime minister there’s ever been.”

At the Labour party conference later Tuesday, Corbyn continued his attack on Johnson, saying the prime minister has "been found to have misled the country. This unelected prime minister should now resign."

"He thought he could do whatever he liked just as he always does. He thinks he's above us all," he continued. "He is part of an elite that disdains democracy. He is not fit to be prime minister."

Meanwhile, Scottish National Party legislator Joanna Cherry said: "His position is untenable and he should have the guts for once to do the decent thing and resign.”

He said the ruling “vindicated the right and duty of Parliament to meet at this crucial time to scrutinize the executive and hold ministers to account.”

In a country without a written constitution, the case marked a rare confrontation between the prime minister, the courts and Parliament over their rights and responsibilities.

It revolved around whether Johnson acted lawfully when he advised the queen to suspend Parliament for five weeks during a crucial time frame before the Oct. 31 Brexit deadline when Britain is scheduled to leave the European Union.

A person dressed as a caricature of British Prime Minister Boris Johnson in a prison uniform stands outside the Supreme Court in London, Tuesday, Sept. 24, 2019. (AP Photo/Matt Dunham)

Parliament erupted into chaos earlier this month after following through with Johnson’s threat to suspend the legislature. Days later, legal challenges were issued against Johnson’s government for allegedly “stymieing Parliament” with the suspension.

The government's opponents argued that Johnson illegally shut down Parliament just weeks before the country is due to leave the 28-nation bloc for the "improper purpose" of dodging lawmakers' scrutiny of his Brexit plans.

They also accused Johnson of misleading the queen, whose formal approval was needed to suspend the legislature.

The court rejected the government's assertions that the decision to suspend Parliament until Oct. 14 was routine and not related to Brexit. Government lawyers claimed that under Britain's unwritten constitution, it is a matter for politicians, not courts, to decide.