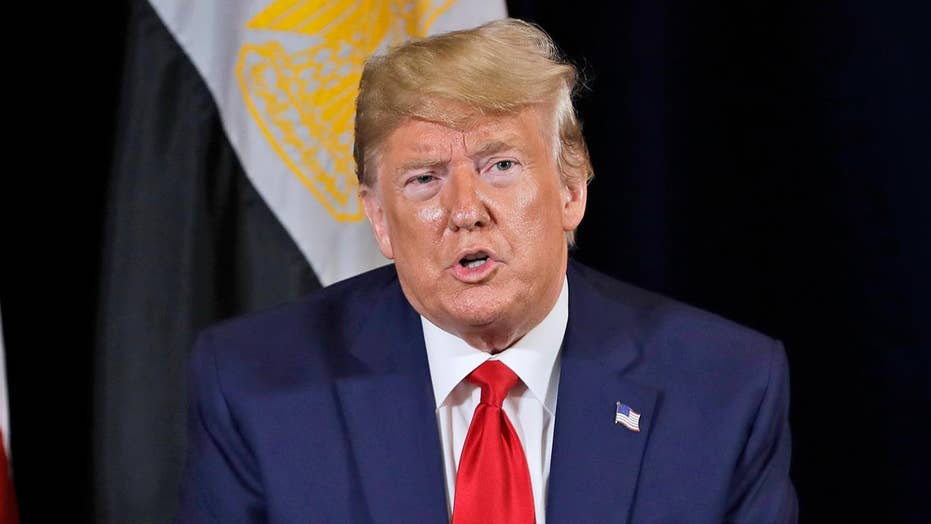 British Prime Minister Boris Johnson has high hopes for President Trump, claiming on Monday that he is the "one guy" who can strike a better nuclear agreement with Iran.

Sitting down with NBC Nightly News anchor Lestor Holt, Johnson defended Trump's decision to pull out of the Obama-era Iran deal, saying "it was a bad deal" and that Iran "was and is behaving disruptively in the region."

"And I think there’s one guy who can do a better deal, one guy who understands how to get a difficult partner like Iran over the line… and that is the president of the United States," Johnson told Holt.

On the recent attack on Saudi Arabia oil facilities, Johnson expressed solidarity with the U.S. and how they are "virtually certain" that Iran was responsible.

While he posed the question, "how do we respond," the prime minister said he didn't believe that using military force would "help the situation."

Johnson called the repeated comparisons between himself and Trump "peculiar," but pointed out that he isn't nearly as active on Twitter as the president, admitting he's "not a master of that medium."