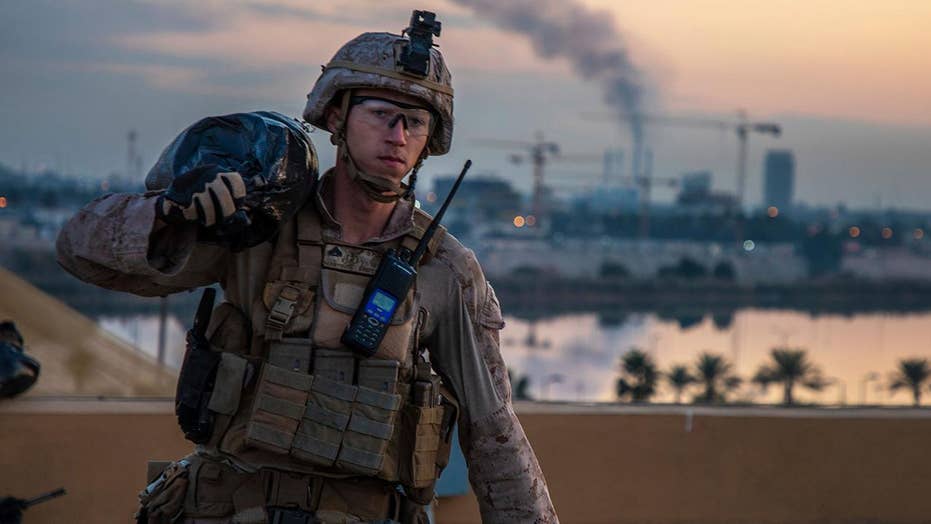 At least three explosions were reported Sunday inside the heavily-fortified Green Zone -- which houses the U.S. Embassy, Balad Air Base and Iraqi government buildings -- in the second attack of its kind after the U.S.-led airstrike that killed Iranian Gen. Qassem Soleimani.

A total of six Katyusha rockets -- three inside the Green Zone and three in the nearby Jadriya area -- hit Baghdad, according to a statement by Iraq's military, as Reuters reported.

No injuries were reported immediately but alert sirens waited on the west bank of the Tigris river.

On Saturday, at least one rocket fell on a parade ground in the Green Zone, causing no damage or casualties, Military.com reported.

In addition, several rockets fell at the gates of Balad Air Base, which the U.S. and Iraqi militaries have used jointly.

Although no one immediately took responsibility for the attacks, Iraqi Shia militia Kataib Hezbollah hinted at more retaliatory attacks to avenge Soleimani's death. Local media reports stated that Hezbollah warned civilians to stay at least one kilometer away from U.S. bases and facilities housing American troops in Iraq starting Sunday evening, according to RT.

One blast allegedly blocked the road leading to the American diplomatic mission in the Iraqi capital. Five people were also injured as mortar shells ricocheted into the neighboring Jadriya region, where Baghdad University is located.

Tensions in the Middle East escalated after the U.S. launched three rockets Thursday that killed Soleimani, the head of the Islamic Revolutionary Guard Corps' elite Quds Force as well as Abu Mahdi al-Muhandis, the deputy commander of Iran-backed militias known as the Popular Mobilization Forces, and five other people.

Mourners at a funeral ceremony for Gen. Qassem Soleimani in the southwestern city of Ahvaz, Iran, on Sunday. (Morteza Jaberian/Mehr News Agency via AP)

Throngs of mourners carried the flag-draped casket of Soleimani off a plane in Ahvaz in southwestern Iran earlier Sunday as his body was returned to his country.

Iran has declared three days of public mourning and throngs of revelers, including acting Iraqi Prime Minister Adil Abdul-Mahdi, marched in a procession to honor the two Shiite militia leaders.