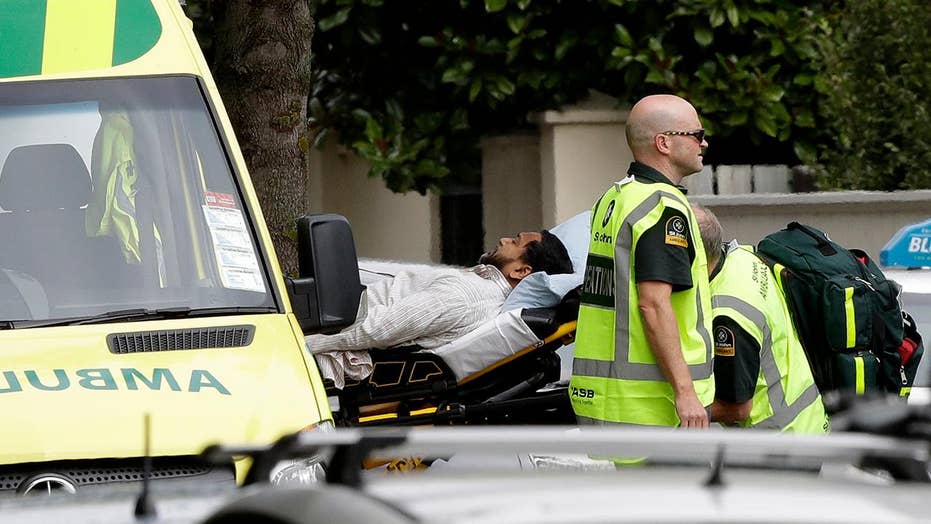 A far-right Australian senator has been condemned by the country's prime minister after blaming immigration and the “growing fear… of the increasing Muslim presence” for the deadly terrorist attacks on two mosques in New Zealand.

At least 49 people were killed in mass shootings at two mosques full of worshippers attending Friday prayers on what the prime minister called "one of New Zealand's darkest days."

One man was arrested and charged with murder in what appeared to be a carefully planned hate crime. Police also defused explosive devices in a car.

Australian senator Fraser Anning sits in the chamber during a session at Parliament House in Canberra, Wednesday, Aug. 15, 2018. Aning is being condemned for his speech in Parliament advocating reviving a white-only immigration policy and using the term "final solution" in calling for a vote on which migrants to admit into the country. (Mick Tsikas/AAP Image via AP)

Two other people were being held in custody. Police said they were trying to determine how they might have been involved.

Prime Minister Jacinda Ardern said the events in Christchurch represented "an extraordinary and unprecedented act of violence," and that many of the victims could be migrants or refugees. In addition to the dead, she said more than 20 people were seriously wounded.

"It is clear that this can now only be described as a terrorist attack," Ardern said.

But Fraser Anning, a senator from Queensland, instead issued a statement blaming Muslim immigration to Australia and New Zealand for the horrific attacks.

"I am utterly opposed to any form of violence within our community, and I totally condemn the actions of the gunman," he wrote. "However, whilst this kind of violent vigilantism can never be justified, what it highlights is the growing fear within our community, both in Australia and New Zealand, of the increasing Muslim presence."

It continued: “The real cause of bloodshed on New Zealand streets today is the immigration program which allowed Muslim fanatics to migrate to New Zealand in the first place. Let us be clear, while Muslims may have been the victims today, usually they are the perpetrators.”

Anning was quickly rebuked for the shocking remarks, including by Australian Prime Minister Scott Morrison.

“The remarks by Senator Fraser Anning blaming the murderous attacks by a violent, right-wing, extremist terrorist in New Zealand on immigration are disgusting. Those views have no place in Australia, let alone the Australian Parliament,” Morrison tweeted.

Ex-leader Malcolm Turnbull tweeted: “Fraser Anning’s comments today are contemptible. He is a disgrace to the Senate and what is worse by spreading hatred and turning Australians against each other he is doing exactly what the terrorists want.”

“What a disgrace you are @fraser_anning sitting in our federal parliament, full of such hate and bigotry. You don’t represent this country,” tweeted Janet Albrechtsen, a columnist with The Australian – a News Corp Australia publication.

Senator Anning has been criticized in the past for controversial statements, including when he made a speech in Australia’s parliament calling for a “final solution” to immigration.