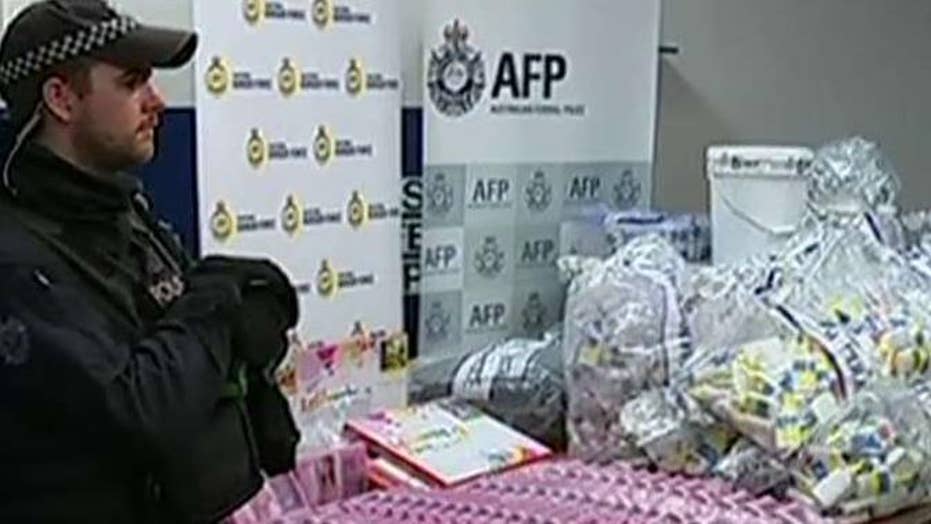 The largest drug seizure in Australia's history was almost literally a bust, as the country's law enforcement agencies discovered $900 million of worth of methylamphetamine hidden in imported boxes of silicon bra inserts and glue bottles, it was announced Monday.

Four Hong Kong passport holders were arrested in Sydney last month over the import from China of 190 gallons of the drug, commonly known in Australia as ice, police said in a statement.

The initial discovery was made in December, when Australian Border Forces intercepted a shipping container from Hong Kong. They found 50 gallons of liquid methamphetamine concealed inside the gel bra inserts.

Subsequent investigations focusing on the suburbs of Sydney uncovered more of the drug.

The liquid could have made about 1,100 pounds of high-grade crystal meth, Australian Federal Police Commander Chris Sheehan said.

Officials also seized 4.4 pounds of the crystalized form of the drug.

"This largest seizure of liquid methylamphetamine to date is the result of organized criminals targeting the lucrative Australian ice market from offshore," Keenan told reporters.

The four will appear in a Sydney court next month charged with importing and manufacturing commercial quantities of illegal drugs. Each suspect faces a potential life sentence if convicted.