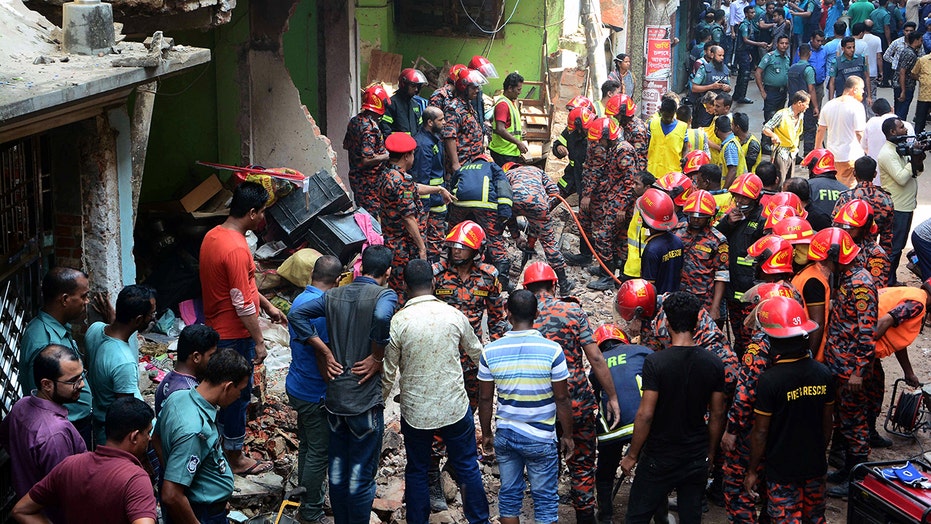 At least seven people were killed on Sunday after a gas pipeline exploded in the Bangladeshi port city of Chittagong, a police official said.

Police Chief Mohammed Mohsin said 25 people were also taken to the hospital and firefighters have officially joined the rescue efforts. He added the death toll could rise as some of the injured were in critical condition.

The explosion rocked an area in front of a five-story building as residents were getting ready for work in the morning -- blowing some of the building's walls off, Mohsin said, according to Reuters.

Rescue workers were seen in fire helmets gathering in the rubble of the busy street where the explosion took place.

Rescue workers are seen at the site of a gas pipeline explosion in the port city of Chittagong, Bangladesh, November 17, 2019. REUTERS/Stringer - RC2VCD9UPGV2

News reports said the road in front of the explosion site was busy with people and tricycle rickshaws. A boundary wall also fell on some people on the road.

One person suffered burns as a result of the blast, while others were wounded following the wall collapse.

Last month, a gas cylinder used to inflate balloons exploded in the capital city of Dhaka, killing seven children, according to Reuters.

The outlet says pipelines and below-par cylinders routinely are the cause of accidents in Bangladesh due to poor monitoring.

Chittagong is 216 kilometers (134 miles) southeast of the capital, Dhaka.