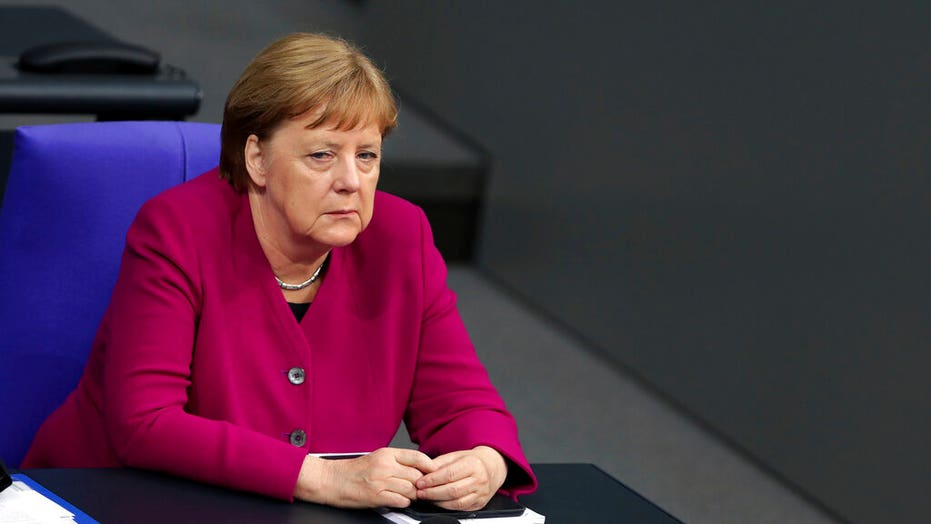 German Chancellor Angela Merkel considers the U.S. a global adversary and believes Europe must "reposition" itself among world powers, according to an interview released Wednesday.

Merkel, in an interview with the German newspaper Sueddeutsche Zeitung and shared with the Guardian, grouped the U.S., Russia and China together, saying the three countries "are forcing [the European Union], time and again, to find common positions."

"That is often difficult given our different interests," she said in the interview. "But we do get this done — think, for example, of our policy regarding the conflict in Ukraine."

The European countries' policies in Africa, she added, "now follow a common strategy, which a few years ago would have been unthinkable."

Merkel nodded toward particular facets of each country, like the U.S.'s dominance of technology, Russia's interference in foreign elections and China's economic influence.

She said the EU finding common position is often difficult, "but we succeed." Merkel conceded that "our political strength doesn't yet match our economic capabilities."

EUROPEAN UNION ELECTIONS: HOW THEY WORK, WHAT THEY MIGHT CHANGE

Ahead of European Parliament elections later this month, the chancellor said: “There is no doubt that Europe needs to reposition itself in a changed world. The old certainties of the post-war order no longer apply.”

The elections are expected to boost populist parties at the expense of the political center.

Asked how much populism the 28-nation EU can take before it collapses, Merkel said that "this is indeed a time when we have to fight for our principles and fundamental values."

European leaders will decide "how far to let populism go, or whether we ultimately have the will to take on joint responsibility."

"So far, we have always managed to do so," she added. So as not to endanger Europe, she said, "everyone needs to put themselves in others' shoes, to be willing to compromise, remain honest and always treat each other carefully."

Merkel also welcomed EU powers' unity regarding Iran. She acknowledged that Europe appears weak in the standoff over Iran because, with the dollar's role as a leading global currency, it struggles to counter U.S. sanctions as it tries to salvage the nuclear deal with Tehran — but said that Europe has also made progress.

"Germany, France and Britain are taking a different approach from the U.S. on the question of the Iran agreement," she was quoted as saying. "For all our other differences, we even have common interests here with Russia and China."

"That Europe is no longer divided on this important question as it was in the Iraq war is a value in itself," Merkel added. Germany and France opposed the U.S.-led war in Iraq in 2003, while countries including Britain and Poland supported Washington.

However, she added that Europe has a "realistic" assessment of its capabilities and "must strengthen them for the future." She said it is making good progress on defense cooperation.