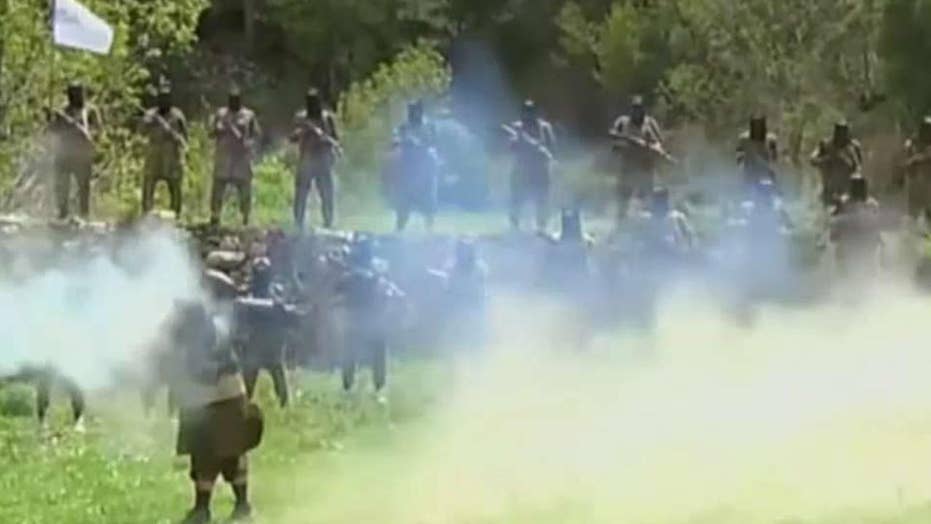 Inside the Taliban's troubling resurgence in Afghanistan

Eighteen years after the Taliban were defeated on the battlefield, they're back, welcomed by some who see the Afghan government as corrupt and powerless; Steve Harrigan reports from Kabul.

The Afghan government released 490 Taliban fighters and commanders from its prisons earlier this month, as part of a goodwill gesture to persuade the militant group to come to the table for direct talks with the Ashraf Ghani-led administration.

A total of 887 prisoners will be set free during the observance of the Islamic holiday Eid al Fitr, according to National Security Advisor Hamdullah Mohib.

“The Taliban prisoners were released unconditionally. They are not required to denounce the Taliban or promise to quit the fight against the Afghan government. Historically, Taliban prisoners who have been freed from Afghan prisons have returned to the battlefield,” said Bill Roggio, a Senior Fellow at the Foundation for Defense of Democracies. “The Taliban has not acknowledged the release of its prisoners. It has been unmoved by such gestures in the past, and are likely to ignore the latest.”

Furthermore, the Taliban continues to dismiss Ghani’s government which it deems “illegitimate” and a “stooge of the West,” even despite the President’s announcement that the prisoner release was intended to “persuade the resurgent group to engage in intra-Afghan dialogue to end the conflict through diplomatic settlement.”

The prisoners were freed from an array of facilities across the country, including Bagram, Nangarhar, Khost and Pul-e-Charkhi and immediately drew outrage from prominent political and military figures, TOLO News reported.

Rahmatullah Nabil, a former head of the National Directorate of Security and a presidential candidate wrote on Facebook that the government does not have a clear definition of its friends and enemies and that the situation is spiraling the nation to a crisis point.

It is not clear exactly how many Taliban operatives are jailed, but one former Afghan official estimated that some 20,000 are languishing behind bars.

The release of prisoners has been a sticking point in negotiations between the group’s leadership and the delegation led by envoy Zalmay Khalilzad, who has been dangling an array of incentives to the Taliban since renewed peace talks kicked off last summer.

Mullah Abdul Ghani Baradar, the Taliban group's top political leader, third from left, arrives with other members of the Taliban delegation for talks in Moscow, Russia, Tuesday, May 28, 2019. Baradar and a team of 14 Taliban are in Moscow where they are scheduled to meet other Afghans including former President Hamid Karzai and some of the candidates in the presidential elections. (AP)

But differences over release terms along with a complete U.S. troop withdrawal are said to have long been a point of contention between the two sides as the stop-and-start talks go on.

Meanwhile, the Taliban has continued its spring offensive of bloodletting across the war-ravaged nation and is estimated to control at least half the land mass. In a report to Congress earlier this year, the Special Inspector General for Afghan Reconstruction (SIGAR) proclaimed that the Taliban had broadened its territorial control over the past quarter, while Kabul had lost ground.

Amid the uptick of almost daily onslaughts and suicide attacks against both Afghan forces and civilians, along with U.S. interests in the region, Washington has endeavored to accelerate the push for a diplomatic agreement that will draw down the almost eighteen-year conflict. Over the past week alone, at least 70 pro-government forces and 17 civilians were killed in Afghanistan.