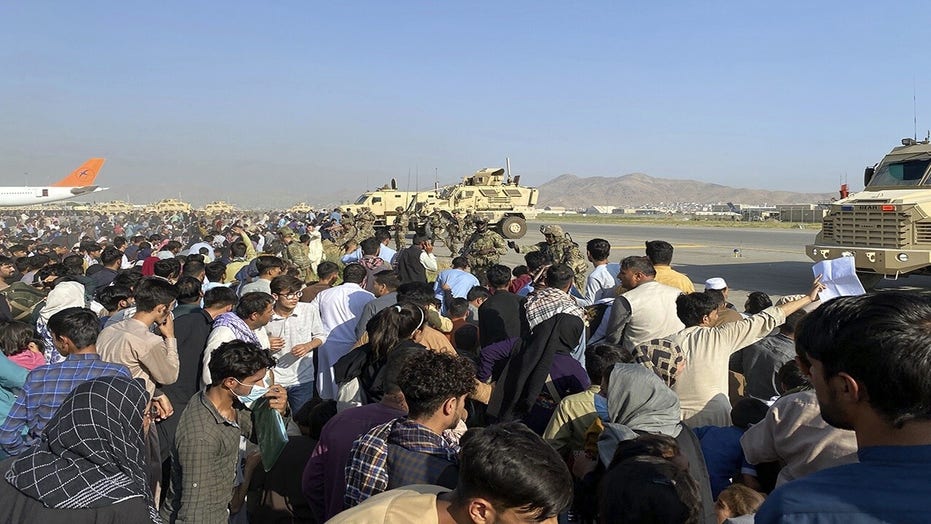 The death toll in a pair of suicide bombings that rocked Kabul yesterday has now risen to 169 on Friday as evacuation flights remain ongoing, officials say.

169 Afghans were killed according to two officials who spoke to the Associated Press on condition of anonymity. The U.S. said 13 service members were killed in the deadliest day for American forces in Afghanistan since August 2011.

The true total death toll for the attack could climb higher still, an official said Friday, because some people may have taken bodies away from the scene before they could be counted. The official was speaking on condition of anonymity because the person was not authorized to speak to the media.

President Biden said Friday "our mission will go on" and promised to bring home the remaining Americans and Afghan allies. But on Friday thousands still remained in the country trying to escape the shadow of the Taliban, which took over earlier this month in the absence of American forces.

Biden has eschewed pressure to extend the Tuesday deadline for leaving the country citing the threat of terrorist attacks as a reason to keep to his plan. The Taliban has also warned of unspecified consequences for a delay.

The U.S. has also warned of the threat of more terrorist attacks before the deadline.

While the U.S. on Thursday said more than 100,000 people have been safely evacuated from Kabul, as many as 1,000 Americans and tens of thousands more Afghans are struggling to leave in one of history’s largest airlifts. Gen. Frank McKenzie, the U.S. Central Command chief overseeing the evacuation, on Thursday said about 5,000 people were awaiting flights on the airfield.