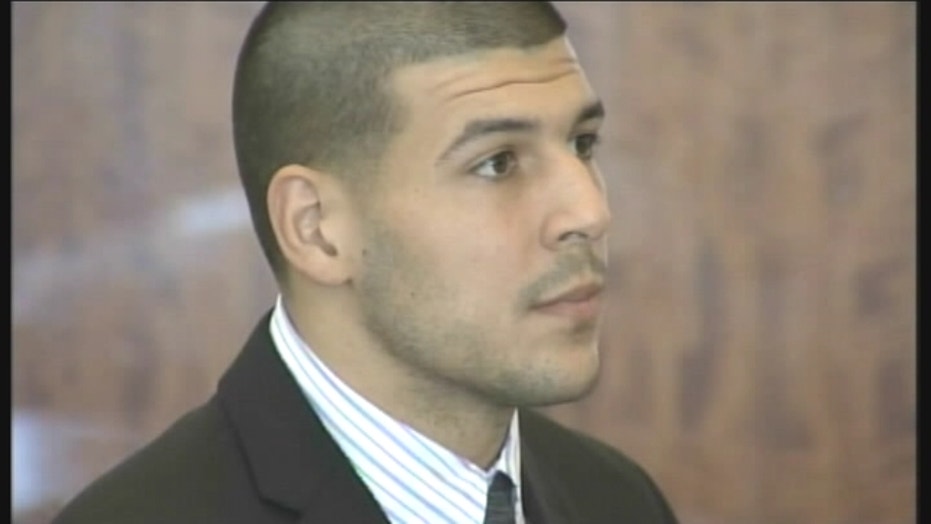 “What up brotha?” opened the latest jailhouse letter written by Aaron Hernandez that was acquired and posted online by the celebrity gossip site, TMZ. The missive, dated Nov. 17, 2013, offered a rare glimpse of what life inside prison is like for the former New England Patriots tight end and accused murderer of 27-year-old semi-pro football player Odin Lloyd.

After apologizing for having taken a while to get back to his unnamed friend, Hernandez slagged Bristol, Conn., where he and his correspondent grew up. (“I’m happy you got your ass out of sad-ass Bristol. I f---in’ hate Bristol!”)

“Yes, I could have made better choices with my selected few [friends], but it’s life. You live and learn.”

A couple of times in the two-page letter, Hernandez professed his innocence. “I’m truly innocent and will prove it!” he wrote before allowing that, “It’s always up to the jury, so ya never know!”

He also admits that “Yes, I could have made better choices with my selected few [friends], but it’s life. You live and learn.”

As for the horrors of incarceration, fuhgeddaboudit! “I literally haven’t been stressed one bit,” Hernandez reported. “A C.O. [corrections officer] hasn’t seen me in a bad mood yet, and I enjoy my days. It’s not that bad, honestly. I’m just hoping I am out within these next few years, to get a chance to ball again!... When released, if released, I’ll be ready, ‘NO QUESTION!’”

Hernandez, who is 24, wrote that he’s keeping himself in good shape, just in case he is found not guilty and Bill Belichick comes calling again. “To let you know, these jail workouts are serious! LOL.”

He also claims to have read “like 25 books” since he was first incarcerated and held without bail in late July. Hernandez’s goal is to use his time in prison “to become stronger, wiser, and trying to come out, when I come home, way more intelligent.”