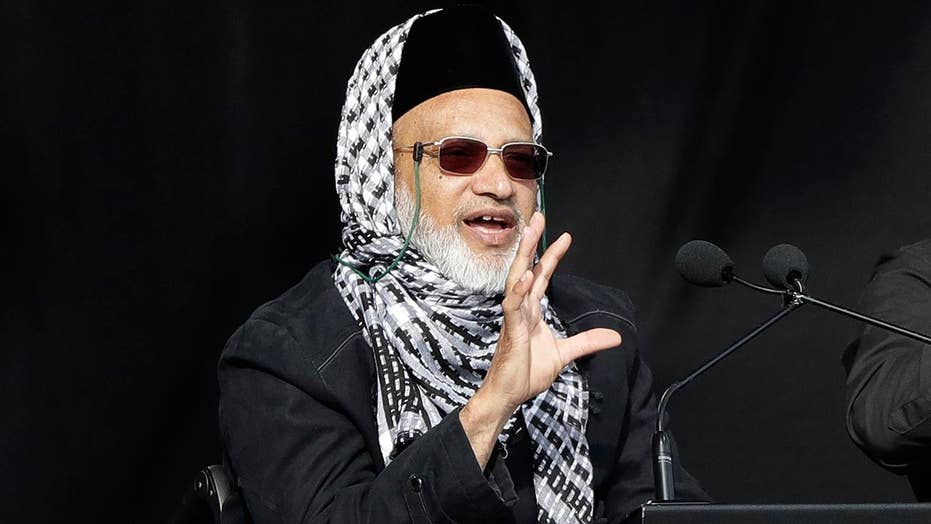 A crowd of 20,000 people attended a national memorial service in New Zealand Friday to remember the victims of the Christchurch terror attack.

During the service, the names of the 50 people, who were massacred after a heavily-armed Australian gunman attacked two Mosques earlier this month, were read out loud as the crowd stood in silence.

A man who survived the terror attack – but lost his wife – told the crowd that he forgives the terrorist who committed the atrocity.

Ahmed said that while he disagrees with the gunman’s actions, his faith teaches him to see everyone as a brother, including the gunman.

The Friday service was the third memorial held since the massacre. The gunman, who Fox News is not naming, has been charged with murder in the attacks.

In this Friday, March 29, 2019, file photo, women react as the New Zealand national anthem is sung during a national remembrance service in Hagley Park for the victims of the March 15 mosque terrorist attack in Christchurch, New Zealand. (AP Photo/Mark Baker, File)

New Zealand Prime Minister Jacinda Ardern meanwhile called for an end of extremism in the world, invoking the stories of impacted by the attacks.

“They were stories of bravery. They were stories of those who were born here, grew up here, or who had made New Zealand their home. Who had sought refuge, or sought a better life for themselves or their families,” she said. “These stories, they now form part of our collective memories. They will remain with us forever. They are us.” 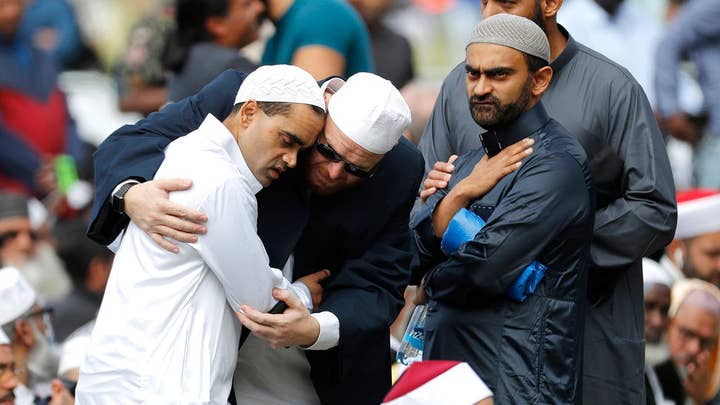 “Our challenge now is to make the very best of us a daily reality,” she continued. “We are not immune to the viruses of hate, of fear, of other. We have never been.

“But we can be the nation that discovers the cure. And so to each of us as we go from here, we have work to do.”