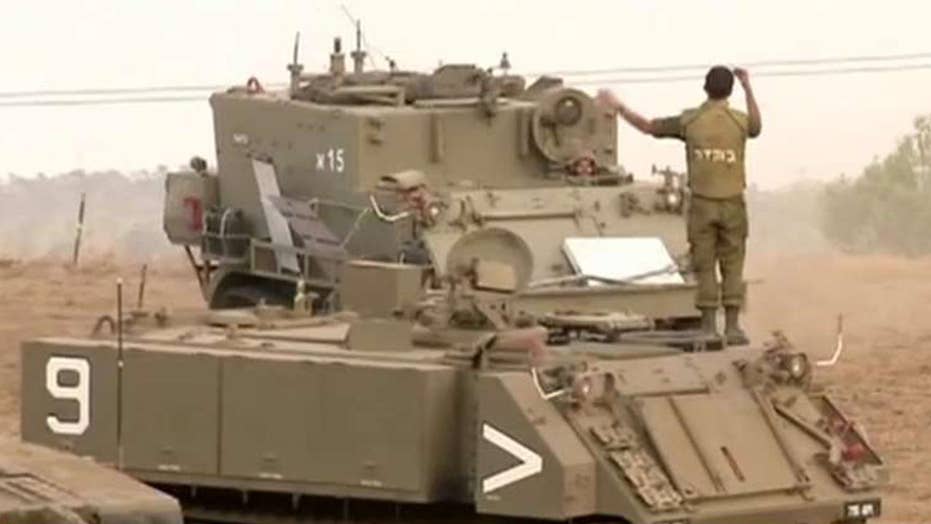 Protests continue on the Israel-Gaza border; Trey Yingst reports from the scene.

ISRAEL-GAZA BORDER – For the thirtieth Friday in a row, thousands of Palestinians protested along the Israeli border with Gaza. According to the Palestinian Health Ministry, 115 people were injured, many by live ammunition.

Israeli sharpshooters fired on protesters who attempted to breach the border fence. Some of those demonstrators used explosive devices, while others threw rocks toward troops from the Israel Defense Forces.

Friday’s demonstration follows increased rhetoric between Hamas and Israel. Negotiators from Cairo, Egypt traveled to Gaza this week in an effort to work out a new settlement deal that would act as a temporary ceasefire.

After a rocket attack in Southern Israel earlier this week, the IDF deployed multiple tank units near the Gaza border in a show of force. Many militant groups in Gaza released videos of rockets being aimed at Israel, in response to a meeting of the Israeli security cabinet.

Nickolay Mladenov, the United Nations Special Coordinator for the Middle East Peace, warned the UN Security Council Thursday about the deteriorating situation in Gaza. He also had a message for demonstrators ahead of Friday’s protest.

“In light of today's planned #Gaza march, I urge all to exercise restraint, to proceed in a peaceful manner, and to avoid escalation. The #UN is working with #Egypt and its partners to avoid violence, address all humanitarian issues and support reconciliation,” Mladenov tweeted.

The IDF released a statement on Friday saying that the demonstrations were more peaceful than past weeks and that fewer people participated.