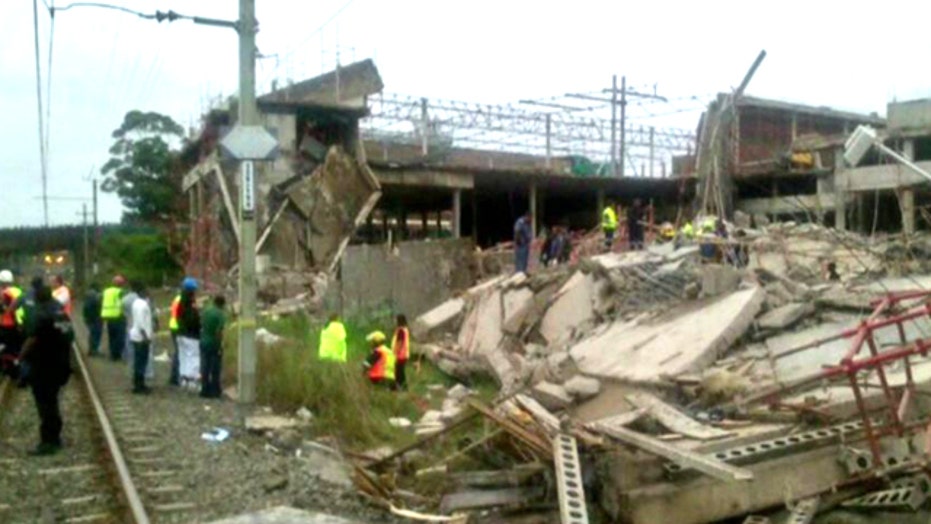 JOHANNESBURG – A roof at a South African shopping mall that was under construction collapsed on Tuesday, killing one person and injuring 26, police said. Rescue teams used sniffer dogs and spotlights as the search for any more survivors stretched into the night.

The collapse happened Tuesday in Tongaat, near the eastern coastal city of Durban, and rescue teams rushed to the scene to help workers who were trapped beneath the rubble.

"The dogs are now combing the area for survivors," police spokeswoman Mandy Govender said. "There's just chunks and chunks of concrete and we don't know what's underneath."

Photographs taken by Crisis Medical, a medical response company, showed slabs of concrete and toppled scaffolding at the mall, which sits beside railway tracks. First responders parked their vehicles nearby, emergency lights flashing. Some carried stretchers with injured workers from the rubble.

Authorities appealed to residents in the area to stay away from the scene so that rescue teams could work more quickly.