Good morning and welcome to a new week of Fox News First. Here's what you need to know today ...

U.S. sending Iran a 'clear and unmistakable message'
The U.S. is sending the USS Abraham Lincoln Carrier Strike Group and a bomber task force to the Middle East in order "to send a clear and unmistakable message to the Iranian regime," National Security Adviser John Bolton announced Sunday night. Bolton said the deployment was in response to "a number of troubling and escalatory indications and warnings" on the part of Tehran, but did not elaborate. "[A]ny attack on United States interests or on those of our allies will be met with unrelenting force," Bolton said. "The United States is not seeking war with the Iranian regime, but we are fully prepared to respond to any attack, whether by proxy, the Islamic Revolutionary Guard Corps, or regular Iranian forces."

Trump: Mueller should not testify, no do-overs for Dems
President Trump is not in favor of Special Counsel Robert Mueller testifying before the House Judiciary Committee on May 15 and answering questions about his findings on Russian interference in the 2016 election. Rep. David Cicilline, D-R.I., told "Fox News Sunday" that a tentative date of May 15 has been set for Mueller to appear before the House Judiciary Committee and face questioning over his report. The Rhode Island lawmaker said that while there is no guarantee that Mueller will show up to the hearing, he heard nothing from either Mueller’s representatives or the White House to indicate that the special counsel would not testify. On Twitter on Sunday, the president questioned why Democrats wanted Mueller to testify and stated again that there was "No collusion" between his campaign in 2016 and Russia. "Bob Mueller should not testify. No redos for the Dems!" Trump tweeted. 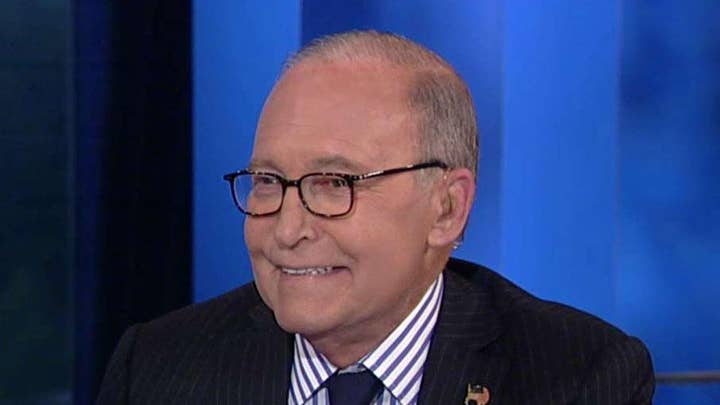 Trump's or Obama's? Whose economy is it?
National Economic Council Director Larry Kudlow denounced Sen. Cory Booker, D-N.J., Sunday after the 2020 White House candidate said President Trump was "taking credit for a recovery that started under [former President Barack] Obama." "What Mr. Booker and some others are saying is simply not true factually," Kudlow told Fox News' "America's News HQ." Kudlow spoke two days after the publication of the April jobs report, which showed that the American economy added 263,000 jobs last month while the unemployment rate fell to 3.6 percent, the lowest since 1969. Despite the rosy numbers, Booker insisted that the boom's effects were not being felt across all economic levels. 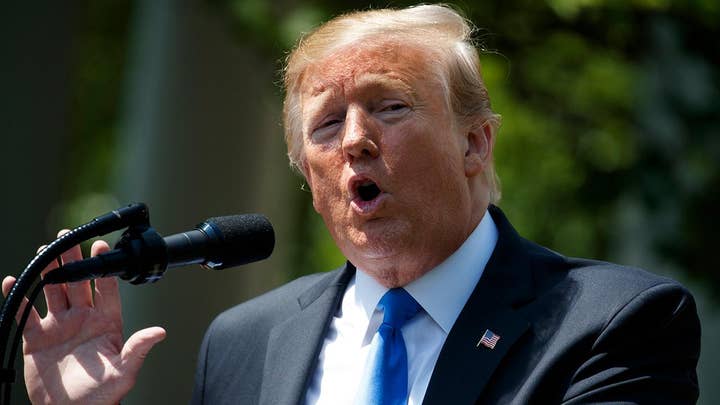 China threatened with tariff hike by week's end
President Trump has threatened to hike tariffs on $200 billion worth of Chinese goods to 25 percent at the end of the week, as trade talks with China appeared to be stalling. He tweeted his frustration over how slowly the negotiations were progressing, writing: "The Trade Deal with China continues, but too slowly, as they attempt to renegotiate. No!" President Trump, who has called himself a "tariff man", vowed to hike import taxes on $200 billion in Chinese products from 10 percent to 25 percent. His comments came as Chinese Vice-Premier Liu He is preparing to travel to Washington this week to resume negotiations, with both sides trying to end a trade war that has affected the global economy.

Former Trump 'fixer' reporting to prison
President Trump’s former personal attorney Michael Cohen heads to jail on Monday to begin serving a three-year sentence for campaign-finance violations, tax evasion, bank fraud and lying to Congress. Cohen spent his final weekend of freedom trying to maintain a semblance of normalcy -- leaving his Manhattan apartment building on Saturday with his son to go to a coffee shop and then to a barbershop. They both got haircuts. Cohen's next stop was the pricy store Barneys New York, where he told journalists that he plans to hold a news conference Monday before heading to prison.

Trebek wins Daytime Emmy, gets standing ovation with cancer joke
Alex Trebek got a standing ovation as he accepted an Emmy Award as host of "Jeopardy!" — and immediately set the audience at ease, even as he alluded to his cancer diagnosis. Trebek, 78, who announced in March he has advanced pancreatic cancer, told the theater audience Sunday he had been worried that sympathy, rather than merit, might snare him the trophy for best game show host. But then he mulled what happened last year, after he underwent surgery to remove life-threatening blood clots on his brain. "You think that would have elicited a certain amount of sympathy. But I didn't win!" he said, drawing roars from the crowd that moments before rose to applaud him.

TODAY'S MUST-READS
Mark Morgan: What to know about Trump's choice to lead ICE.
Football prodigy, 14, recently featured in Sports Illustrated, is shot dead.
Pelosi explains what she fears if Democrats defeat Trump in 2020.

#TheFlashback
2013: Kidnap-rape victims Amanda Berry, Gina DeJesus and Michelle Knight, who went missing separately about a decade earlier while in their teens or early 20s, are rescued from a house just south of downtown Cleveland. (Their captor, Ariel Castro, would hang himself in prison in September 2013 at the beginning of a life sentence, plus 1,000 years.)
1994: Former Arkansas state worker Paula Jones files suit against President Bill Clinton, alleging he'd sexually harassed her in 1991. (Jones would reach a settlement with Clinton in November 1998.)
1941: Bob Hope did his first USO show before an audience of servicemen as he broadcast his radio program from March Field in Riverside, Calif. 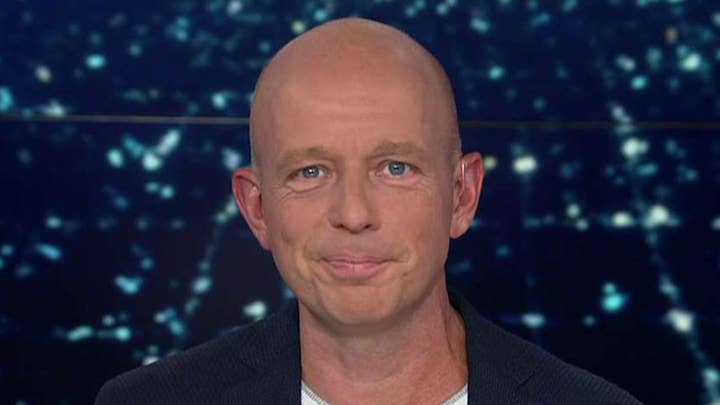 Watch Steve Hilton break down the real reasons Democrats want to keep the public's focus on Russia and nothing else.

Do you consider yourself an Influencer? Become a trusted adviser in our FOX News community and help guide our brand’s future. Click here to find out how.

Fill out our qualification survey and join us. Thank you for your continued support in our company's growth