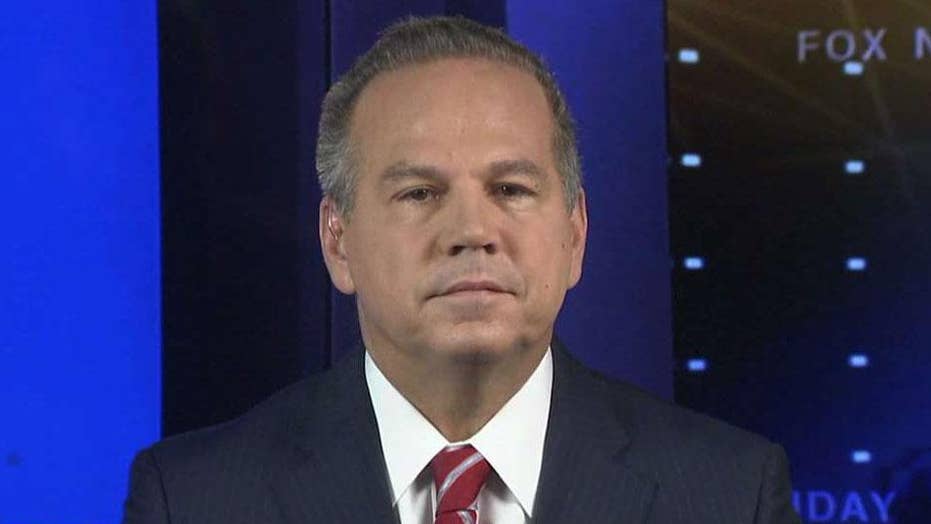 Rep. David Cicilline on the growing battle between House Democrats and the Trump administration

Rep. David Cicilline, D-R.I., said on Sunday that a tentative date of May 15 has been set for Special Counsel Robert Mueller to appear before the House Judiciary Committee and face questioning over his report on Russian interference in 2016 election.

Speaking on “Fox News Sunday,” the Rhode Island lawmaker said that while there is no guarantee that Mueller will show up to the hearing, he heard nothing from either Mueller’s representatives or the White House to indicate that the special counsel would not testify.

“We think the American people have a right to hear directly from him,” Cicilline said.

“Obviously, until the date comes, we never have an absolute guarantee,” he added in response to a question of whether or not Mueller will show up. “The White House has so far indicated they would not interfere with Mr. Mueller's attempt to testify; we hope that won't change.”

During a brief Oval Office session with reporters Friday, President Trump deferred to Attorney General William Barr, saying, "I don't know. That's up to the attorney general, who I think has done a fantastic job."

On Sunday, however, the president struck a different tone on Twitter - questioning why Democrats wanted Mueller to testify and stating again that there was "No collusion" between his campaign in 2016 and Russia. He also wrote, "Bob Mueller should not testify. No redos for the Dems!"

It's possible that Barr could block Mueller from appearing, since the special counsel is still a Justice Department employee. But Barr has said he has no objection to Mueller testifying.

House Democrats are eagerly seeking for Mueller to testify before the House Judiciary Committee, whose chairman, Rep. Jerrold Nadler of New York, said last week the committee was "firming up the date" for Mueller's testimony and hoping it would be May 15.

Nadler also gave Barr a Monday deadline to comply with a subpoena demanding an unredacted version of Mueller's report, along with its underlying evidence, or face a contempt charge.

Barr could face another subpoena to appear before Nadler's committee after skipping a hearing Thursday in a dispute over the rules for questioning him. Nadler also has subpoenaed testimony from former White House counsel Don McGahn.

"The committee is prepared to make every realistic effort to reach an accommodation with the department," Nadler wrote to Barr. "But if the department persists in its baseless refusal to comply with a validly issued subpoena, the committee will move to contempt proceedings and seek further legal recourse."

The calls for Mueller to testify grew following Barr’s testimony last Wednesday before the Senate.

Barr testified Wednesday that Mueller didn't challenge the accuracy of his memo summarizing the principal conclusions of the special counsel's report, including when they spoke on the phone. Barr made that assertion despite a letter he received in March from Mueller complaining Barr's summary didn't fully capture the "context, nature and substance" of his nearly 400-page report.

The feud with Barr has animated Democrats and temporarily shifted attention away from impeachment — and by extension, the party's divisions over whether to pursue it. But with Trump resisting other congressional investigations, and testimony from Mueller likely on the horizon, the impeachment question seems unlikely to subside for long.