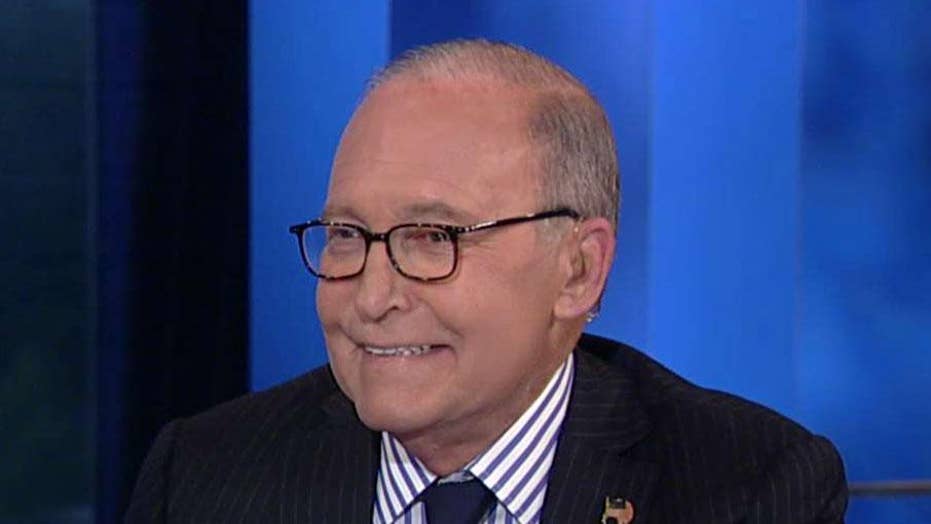 "What Mr. Booker and some others are saying is simply not true factually," Kudlow told Fox News' "America's News HQ".

Kudlow spoke two days after the publication of the April jobs report, which showed that the American economy added 263,000 jobs last month while the unemployment rate fell to 3.6 percent, the lowest since 1969. Despite the rosy numbers, Booker insisted that the boom's effects were not being felt across all economic levels.

BRIAN BRENBERG: THIS IS THE STRONGEST RECOVERY WE'VE SEEN IN A DECADE, AMERICA

"You have people on my block – I'm the only presidential candidate that lives in a low-income inner-city neighborhood. Talk to folks, and they'll tell you: 'I have to work two jobs just to try to keep myself in housing. And, by the way, that housing isn't reflected in any of my family,'" Booker said on CNN's "State of the Union." "Americans are struggling. Their wages are too low ... for the last four decades, I don't think they've budged that much ... We've got to make sure that this is a shared recovery, because, right now, it definitely is not."

Does Cory Booker have a chance to win the 2020 Democratic presidential nomination?

Kudlow reacted to the April jobs report in a video posted on the White House's Instagram page Friday afternoon.

"Wow! Low unemployment, high jobs, high wages, big consumer confidence, major productivity and no inflation," said an enthusiastic Kudlow while gesturing toward the camera. "It's totally awesome. We're killing it on the economy."

"I don't know how I had the energy to do that," Kudlow said Sunday. "I just walked out and, I don't know, man, let her rip. These are blowout numbers. The economy is going great guns and POTUS' [Trump's] policies, to be perfectly honest, his policies to rebuild this economy have entered us into a tremendous prosperity cycle. And I don't see any end to it right now."