Romney says Trump likely Republican nominee if he runs in 2024
Sen. Mitt Romney, R-Utah, said in an interview Tuesday that if former President Trump were to run again in 2024 he would likely win the Republican nomination.

"He has by far the largest voice and a big impact in my party," Romney told the New York Times' DealBook. "I don’t know if he’s planning to run in 2024 or not, but if he does, I’m pretty sure he would win the nomination."

Romney noted that he’s not always good at making predictions and "a lot can happen between now and 2024," but he said in recent polls comparing Trump to other potential Republican candidates, "he wins in a landslide."

He said if Trump runs again he would support a candidate who "more represented the tiny wing of the party that I represent."

He added that he hasn't voted for Trump in the past and wouldn't plan on doing so in the future. CLICK HERE FOR MORE ON OUR TOP STORY.

Tiger Woods’ Twitter account provides update on his injuries, thanks fans
Tiger Woods is awake, responsive and recovering in a Los Angeles-area hospital after the golf legend was injured in a single-vehicle rollover crash Tuesday morning, according to a statement from his official Twitter account early Wednesday. 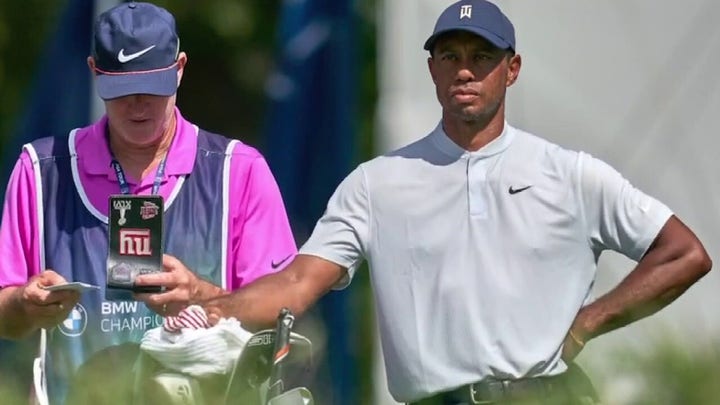 "Comminuted open fractures affecting both the upper and lower portions of the tibia and fibula bones were stabilized by inserting a rod into the tibia," said Mahajan. "Additional injuries to the bones of the foot and ankle were stabilized with a combination of screws and pins."

"Trauma to the muscle and soft-tissue of the leg required surgical release of the covering of the muscles to relieve pressure due to swelling," he continued.

The statement also expressed appreciation for the doctors and hospital staff at Harbor-UCLA Medical Center, the Los Angeles County Sheriff's Department, and the Fire Department.

Los Angeles County Sheriff Alex Villanueva said Woods was driving at a "relatively greater speed than normal" when he crashed in a hilly area and that Woods was driving northbound when he hit a center divider and flew several hundred feet. He noted that there was no evidence of impairment when emergency personnel arrived. CLICK HERE FOR MORE. 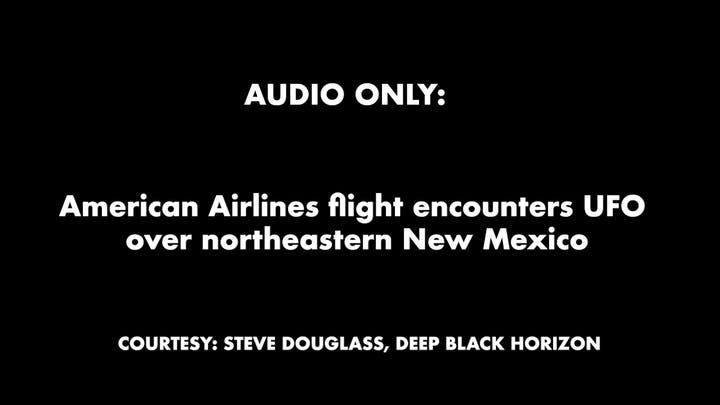 The pilot on flight 2292 radioed around 1:00 p.m. CST that the UFO was flying right on top of them, according to a radio transmission recorded by Steve Douglass on his blog, Deep Black Horizon. American Airlines verified to Fox News that the transmission is from flight 2292.

"Do you have any targets up here?  We just had something go right over the top of us," the pilot said in the radio transmission.

"I hate to say this but it looked like a long cylindrical object that almost looked like a cruise missile type of thing moving really fast. It went right over the top of us."

American Airlines confirmed that the radio transmission is authentic, but did not give any further comment on the possible alien encounter.

"Following a debrief with our Flight Crew and additional information received, we can confirm this radio transmission was from American Airlines Flight 2292 on Feb. 21," an American Airlines spokesperson told Fox News in a statement. "For any additional questions on this, we encourage you to reach out to the FBI." 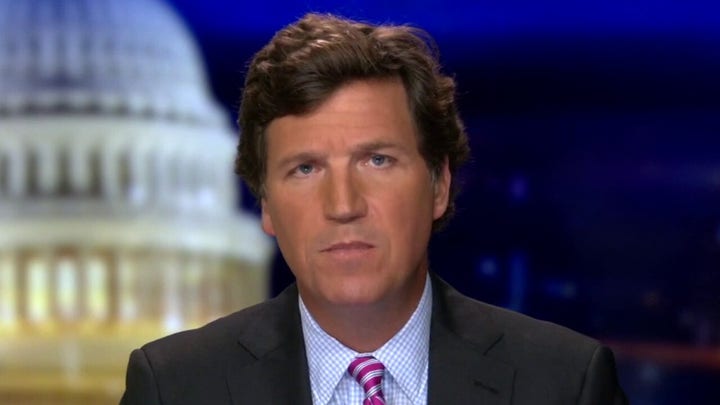 "Recently we’ve watched with great amusement as our media gatekeepers thrash around in frenzy of foaming hysteria that someone, somewhere might dare to present facts or form opinions without their express written opinion," Carlson said. "Freelance thinking is what they hate most – it’s a threat to their monopoly. You can’t say that out loud, so instead they call it disinformation."