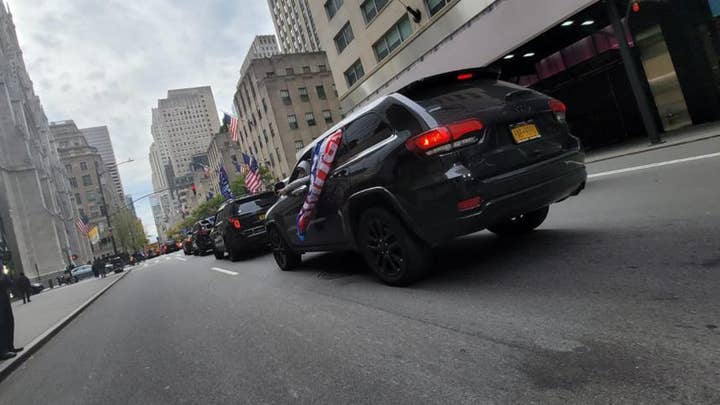 A member of the family told Fox News that the unprovoked attack happened while the family was driving down Fifth Avenue with the car windows down and Trump flags displayed.

The man, who wished to remain anonymous, said a car pulled up next to them and unleashed pepper spray into their vehicle.

"Immediately the kids started crying and screaming and I jumped out of the car after I was peppered [sic] sprayed as well," the man said.

The encounter was one of many violent confrontations between the rally's participants and protesters. The Jewish Telegraph Agency reported that a convoy was to take place in several Orthodox Jewish communities ahead of a planned event in Brooklyn’s Marine Park organized by Boris Epshteyn, an advisor to the Trump campaign and co-chair of Jewish Voices for Trump. CLICK HERE FOR MORE ON OUR TOP STORY.

In other developments:
- Hundreds gather for Trump caravan rally across Long Island
- NYPD cop suspended for using loudspeaker to say 'Trump 2020' while on duty
- Jewish leaders pen open letter in support of President Trump ahead of election
- Meadows: 'Four to five' more countries could reach peace deals with Israel

Amy Coney Barrett's first case as Supreme Court justice could be one that decides presidential election
When the Senate votes on Monday evening to confirm Judge Amy Coney Barrett to the United States Supreme Court, it will be just over a week before Election Day that will decide what both parties are portraying as the most important race in American history. 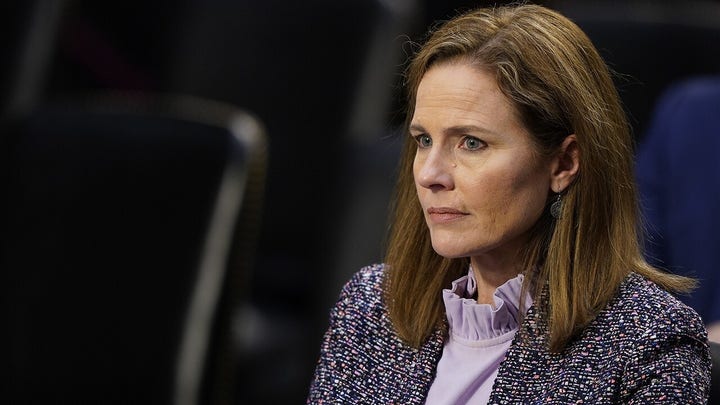 If Barrett is confirmed to become a member of the highest bench in the country – and, with Republicans easily having enough votes to confirm her, that seems to be a foregone conclusion – one of the first cases she could hear as a new Supreme Court justice could decide who wins the White House.

Courts at all levels have been deluged with cases relating to balloting in the run-up to Election Day – and amid the ongoing coronavirus pandemic – but one, in particular, has garnered nation attention.

With the possibility of Barrett, a conservative jurist, joining the bench and giving the Court a 6-3 conservative majority, Republicans are hopeful that the Supreme Court would rule in favor of ignoring the ballots received after Election Day.

Democrats, on the other hand, are decrying Barrett’s confirmation as a political act by President Trump to help him maintain the White House in a race that shows him consistently losing in the polls and as “voter suppression” tactic. CLICK HERE FOR MORE.

Tumultuous weather forecast nationwide this week with wildfires, snow and tropical storms
Tumultuous weather is expected across the country this week, with historic wildfires burning in the West, a tropical storm heading toward the Gulf Coast by mid-week and an early-season winter storm expected to bring snow and ice from the Rockies into the Plains. 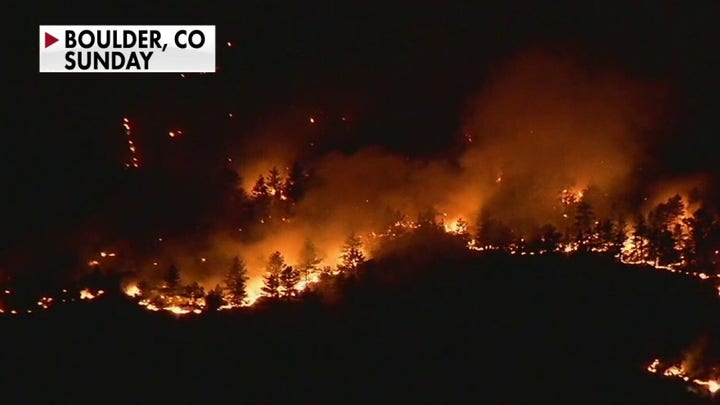 California, which has endured its worst wildfire season in history, is bracing for the most dangerous winds of the year, a forecast that prompted the largest utility to announce plans to cut power Sunday to nearly 1 million people to guard against its equipment sparking new blazes.

The National Weather Service issued winter storm warnings, watches and advisories from the central and south Rocky Mountains into the Plains and even down toward West Texas and Oklahoma.

Meanwhile, Tropical Storm Zeta is gathering strength in the Gulf of Mexico and may reach Category 1 status by Monday before coming ashore somewhere between Florida’s western panhandle and Louisiana by mid-week, according to the National Weather Service. CLICK HERE FOR MORE.

In other developments:
- Colorado wildfire forces new evacuations as firefighters 'praying we get a lot of snow'
- Tropical Storm Zeta forms, forecast to become hurricane and track toward Gulf Coast 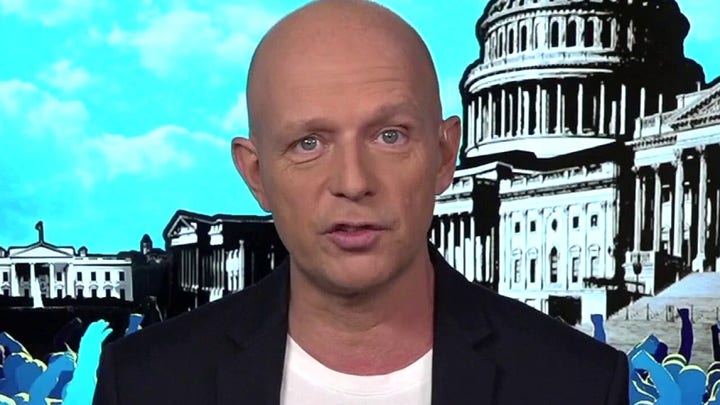 Steve Hilton weighed in on the 2020 presidential election on “The Next Revolution” on Sunday saying President Trump told debate viewers the election is not about him or his tweets, nor about his behavior, it is “a choice about two very different leaders with very different policy agendas.”