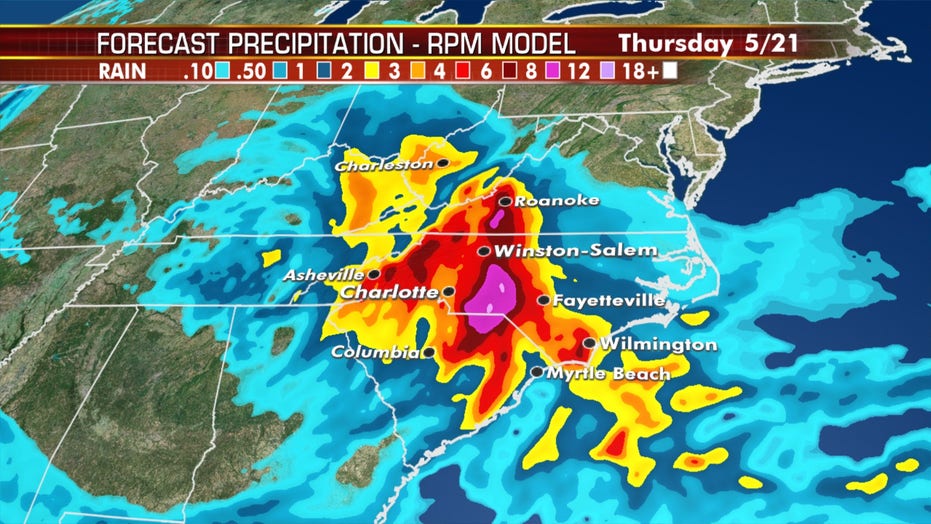 National forecast for Tuesday, May 19

A slow-moving storm dumped heavy rain across Michigan, leading to warnings about the stability of dams as the same weather system threatens parts of the Mid-Atlantic and Southeast.

The National Weather Service's (NWS) Weather Prediction Center (WPC) said heavy rain that spanned from Michigan to the Ohio River Valley will shift to the southern Appalachians, Carolinas, and western Virginia on Tuesday and Wednesday. The threat of flash flooding is likely, especially in the western Carolinas and Virginia.

"We have flash-flooding concerns in all of these areas and that is going to be a big deal over the next couple of days," Fox News senior meteorologist Janice Dean said on "Fox & Friends First."

Coastal portions of North Carolina had gusty winds and several inches of rain as Tropical Storm Arthur brushed by Monday. Dean warned that the next storm system is "something more significant."

Flood watches, advisories, and warnings stretch from the Midwest to the southern Mid-Atlantic due to a slow-moving storm system. (Fox News)

"Parts of the Carolinas need to be on alert for a cutoff low, this is actually going to be worse than Arthur ever was," Dean said Tuesday.

Cutoff lows are storm systems that have been "completely displaced" from prevailing winds, which can remain nearly stationary for days, according to the NWS.

A "cutoff low" is forecast to bring heavy rain across the southern Mid-Atlantic and into the Southeast. (Fox News)

Dean said the cutoff means there is "nothing to push it out of the way quickly."

The storm system has the potential to bring drenching rain across several regions, including the Carolinas, Virginia, and the Ohio and Tennessee River Valley.

A "cutoff low" is forecast to bring heavy rain across the southern Mid-Atlantic and into the Southeast.

"Over the next 48 hours some of these areas could receive close to a foot, a foot of rainfall," Dean said Tuesday.

Flood watches are in effect for the western Carolinas. 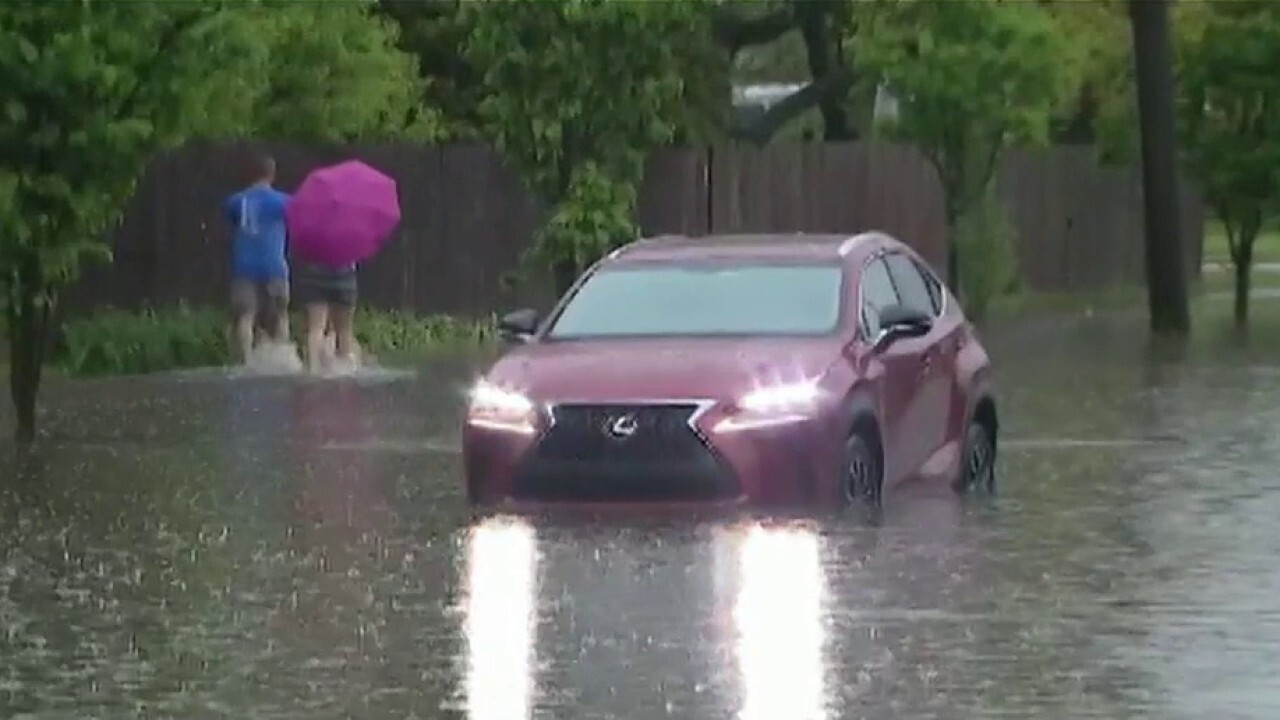 The same storm system brought heavy rain and flooding to the Chicago area over the weekend before moving east. On Monday, rain in Michigan spurred warnings about the stability of several dams in the state.

In neighboring Midland County outside of Saginaw, Midland County Central Dispatch initially ordered evacuations around 12:22 a.m. on Tuesday after an "imminent dam failure" was determined.

Officials told residents in Edenville Township to leave their homes. Those along Sanford and Wixom Lake were asked to vacate and head to shelters.

Central dispatch later said that it's been working with Boyce Hydro to further assess the situation.

"At this time, Boyce reports they are structurally sound but they are unable to control or contain the amount of water that is flowing through the spillgates," the agency said Tuesday. "The flooding concerns are still substantial for the residents along the Sanford and Wixom Lake."

A storm system is forecast to bring flooding rains from the Ohio River Valley to the Mid-Atlantic and Southeast. (Fox News)

Forecasters from the WPC said the slow-moving storm will continue to produce several inches of rain from the southern Appalachians to the southern Mid-Atlantic on Tuesday and Wednesday.