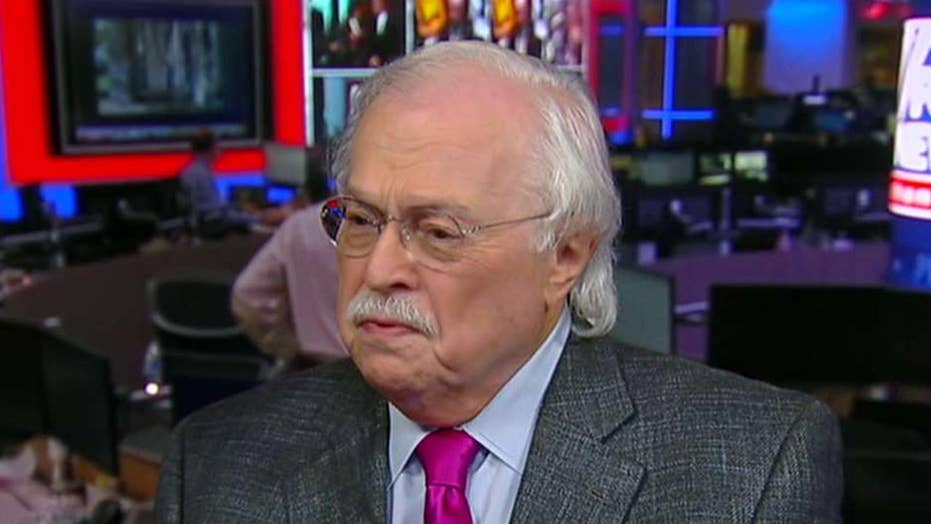 NEW YORK CITY – Fox News has obtained the summary of the autopsy report of disgraced financier and sex offender Jeffrey Epstein, who was found dead this past August in his Manhattan prison cell while awaiting trial on federal sex-trafficking charges. The report contained photos of fractures suffered by Epstein that forensic pathologist Dr. Michael Baden told Fox News are “rare” in suicidal hangings.

Baden revealed to “Fox & Friends” in an exclusive interview earlier Wednesday that Epstein's body bore signs of homicide despite the New York City Medical Examiner's Office ruling that the money man's death was caused by suicide by hanging.

Baden, whom Epstein’s brother hired and who observed the autopsy, told Fox News the findings were more consistent with homicidal strangulation than a suicide. 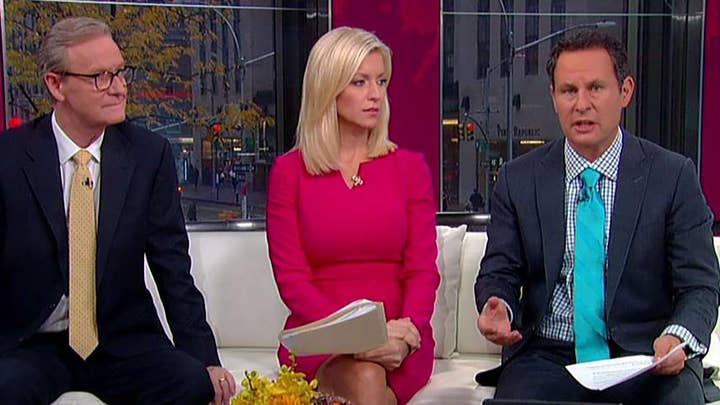 He described three fractures that were noted in the autopsy: one each on the left and right sides of his larynx, specifically the thyroid cartilage or Adam’s apple, and one on the left hyoid bone above the Adam’s apple.

According to the autopsy summary, the hyoid bone exhibited a fracture on the left, and the thyroid showed two fractures, one on the right and one on the left -- consistent with what Baden described.

“Those three fractures are extremely unusual in suicidal hangings and could occur much more commonly in homicidal strangulation,” Baden, also a Fox News contributor, said.

“I’ve not seen in 50 years where that occurred in a suicidal hanging case,” the 85-year-old former New York City medical examiner said.

The New York City Medical Examiner's Office on Wednesday stood by its conclusion that Epstein’s death was caused by suicide by hanging.

Baden has said his independent study isn’t complete because pieces of information are missing, and the Epstein family is demanding answers.

“The investigation is not completed until all the information has come in,” he said.

Prosecutors alleged that the previously convicted sex offender paid girls as young as 14 hundreds of dollars for massages before he molested them in his homes in New York and Palm Beach, Fla., between 2002 and 2005. He was awaiting trial in federal prison, thus federal agencies -- presumably the FBI and Justice Department -- had jurisdiction over the investigation into his death, Baden had explained.

He said it was unknown to him and the Epstein family what work the feds may have done and what results they might have.

The Federal Bureau of Prisons told Fox News in a statement Wednesday that the case is currently under investigation by the FBI and the Justice Department's Office of Inspector General.

"We point to previously published reports indicating the New York Medical Examiner's Office has ruled the death a suicide," the bureau said.

The ligature, or item used to tie something tightly, allegedly was made from a sheet that had been twisted and put around Epstein’s neck, Baden said. Evidence on the cloth material could help prove whether or not someone else was involved in Epstein's death.

“Whoever it is would have their DNA all over the ligature,” Baden said. “We don’t have those results yet,” he added, saying those results “should be reported quickly to give an idea and lessen the speculation.”

Epstein had been previously discovered on July 23 -- more than two weeks before his death -- on the floor of his prison cell with marks around his neck, after which he was placed on suicide watch.

He was taken off suicide watch a week later and put in another cell with a roommate, who was taken out a few days after that, leaving Epstein alone in the cell, Baden explained.

On the day Epstein was found dead, the prison security had experienced a “total breakdown” in procedure, according to Baden.

Two guards allegedly had fallen asleep while on duty, missing their 30-minute rounds for more than 3 hours; and security cameras in the cell and the hallway apparently had malfunctioned, according to Baden.

He said Mark Epstein, Jeffrey’s next of kin, had hired him to perform an independent investigation because the family wasn’t getting answers. If Jeffrey Epstein's death is determined to be a homicide, his brother and others “may be at risk because of somebody not wanting knowledge given out,” Baden said.