Department officials say they will continue to investigate both Jeffrey Epstein's death and the sex crimes he was accused of committing.

Disgraced financier Jeffrey Epstein was taken off suicide watch after being examined by a “doctoral-level psychologist” days before he hanged himself in his prison cell, according to the Justice Department.

The disclosure was made in a letter addressed Thursday to House Judiciary Committee Chairman Jerry Nadler, D-N.Y., and ranking member Doug Collins, R-Ga. The letter was obtained by Fox News on Friday.

Epstein was found unresponsive in his cell at the Metropolitan Correctional Center in Manhattan, N.Y., on Aug. 10, as he awaited trial on federal sex trafficking charges involving underage girls. He had been placed on suicide watch weeks earlier, on July 23, after he was found on the floor of his cell with bruises around his neck. 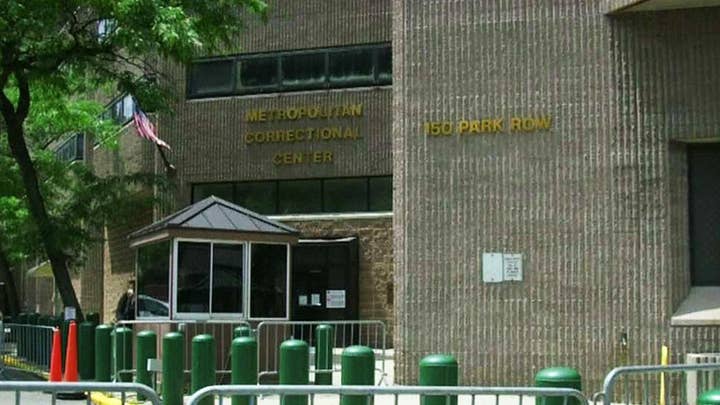 Both the FBI and the Justice Department's inspector general are investigating the circumstances surrounding Epstein's death.

“Although Mr. Epstein is deceased, the department’s case against anyone who was complicit in his alleged crimes will continue,” the DOJ’s letter said.

Epstein's ability to take his own life while incarcerated at one of the most secure jails in America ended the possibility of a trial that could have involved prominent figures and sparked widespread anger that he wouldn't have to answer for his alleged crimes.

Since Epstein's death, Attorney General William Barr has removed the director of the federal Bureau of Prisons and appointed a new director and deputy director. The jail's warden has been reassigned to a desk post at a regional office and two guards who were supposed to be watching Epstein the night he died were placed on administrative leave.

Meanwhile, on Friday France announced it had opened an investigation into the alleged rape of minors and a raft of other charges linked to the Epstein case. Epstein had a home in Paris and was arrested in early July after arriving at New Jersey's Teterboro Airport from the French capital.

Epstein had pleaded not guilty to sexually abusing girls as young as 14 and young women in New York and Florida in the early 2000s.

His lawyers maintained that the charges were nullified by a non-prosecution agreement he reached with the federal government when he pleaded guilty in 2008 to state charges of soliciting a minor for prostitution. Under that agreement, besides serving 13 months in jail, he was required to reach financial settlements with dozens of his alleged victims and register as a sex offender.